A Finance Ministry source said the decision was based on "pure arithmetic calculation" and is aimed at ensuring sustainability of the EPFO. 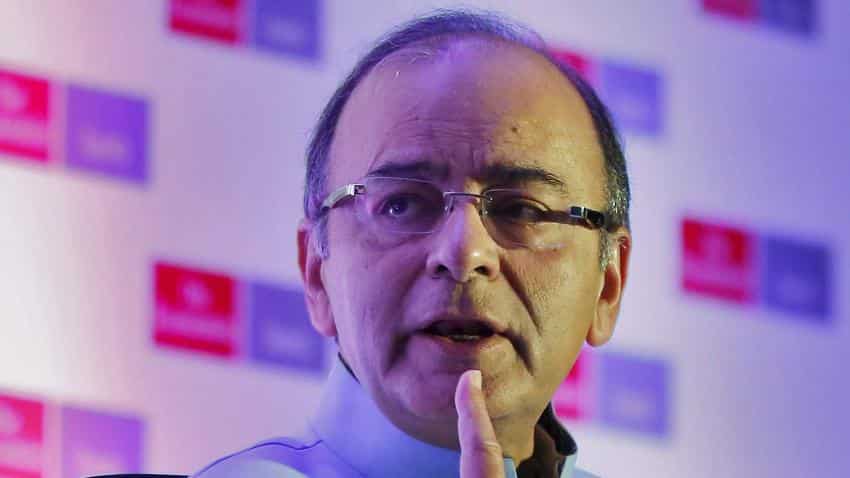 This is probably the first time when the Finance Ministry has not given concurrence to the interest rate on EPF as decided by the CBT. Photo: Reuters
RELATED NEWS

Finance Ministry on Wednesday defended its decision to pay 8.7% interest on EPF saying last year's surplus would have to be used to pay this rate even as the Labour Ministry assured RSS-backed trade union BMS that it would push for 8.8% rate.

Opposing the lowering of interest rate, as many as 10 central trade unions have decided to hold a day-long protest on Friday against the Finance Ministry's decision. However, the BMS will not be part of that protest.

A Finance Ministry source said the decision was based on "pure arithmetic calculation" and is aimed at ensuring sustainability of the EPFO and providing "stable returns" to its members in falling interest rate scenario.

Meanwhile, Labour Minister Bandaru Dattatreya today met the RSS-backed Bharatiya Mazdoor Sangh (BMS) and assured that his ministry will press for an 8.8% interest rate and present "all justifications" for it to the Finance Ministry.

Earlier in February, the Central Board of Trustees (CBT) of the EPFO had decided to provide 8.8% interest to its over five crore subscribers for 2015-16, a tad higher than 8.75 provided in previous two fiscals. Later, the Finance Ministry ratified the interest rate at 8.7% which sparked strong reaction from the trade unions who termed the decision as an encroachment on the CBT's territory.

The source said that at the proposed rate of 8.8% this surplus would be reduced to just Rs 673.85 crore in the year 2015-16. "Thus the proposed rate of 8.8% seeks to draw on surplus of last year and this would adversely hit maintenance of relatively stable returns to investors for the next year in a falling interest rate scenario," the source added.

Explaining the process, the source said interest rate on EPF accumulations is administered by the Labour Ministry on the recommendations of Central Board of Trustees (CBT) of EPF.

"The Ministry of Finance ratifies the rates on the basis of proposal from the Labour Ministry, taking into account financial sustainability and ensuring stable returns to the investors," the source said.

Also, as on March 31, around three lakh accounts are pending for updation, in the absence of which, it is difficult to calculate the exact liabilities towards them.

"The earnings of EPFO in 2015-16 itself are a result of investment made over a number of years. It clearly implies that outgoing employees may also have benefited from the investments made when they were not the members. A decent reserve/surplus amount is necessary to ensure inter- generational equity," the source added.

Labour Minister Bandaru Dattatreya had on Monday told Lok Sabha that Finance Ministry approved a 8.7% interest rate for over five crore subscribers of the Employees' Provident Fund Organisation (EPFO). This is probably the first time when the Finance Ministry has not given concurrence to the interest rate on EPF as decided by the CBT, which is headed by the Labour Minister.

The development comes against the backdrop of the government withdrawing two proposals pertaining to EPF. Buckling under pressure, it rolled back the decisions to tax EPF as well as tighten withdrawal norms.