Amid growing demands for farm loan waivers, Niti Aayog Member and agriculture policy expert Ramesh Chand said he is not in favour of debt waivers as this help only a small fraction of farmers. 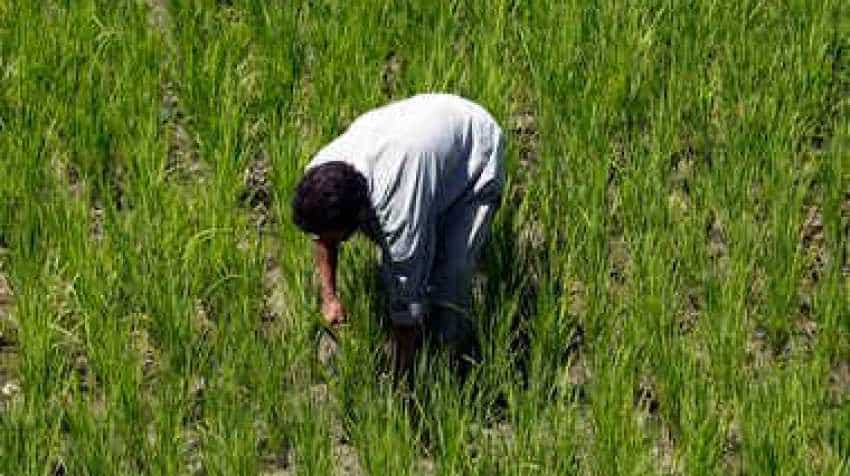 Amid growing demands for farm loan waivers, Niti Aayog Member and agriculture policy expert Ramesh Chand said he is not in favour of debt waivers as this help only a small fraction of farmers. The country recently witnessed agitations by farmers in key farm states in support of their demands ranging from farm loan waiver to clearing of dues by sugar mills and higher prices for crops.

"The biggest problem with loan waiver is that it will benefit only a small fraction of farmers...I am not at all in favour of loan waiver," Chand, who has been involved in policy formulation for the last 15 years, told PTI in an interview. He also observed that in poorer states only 10-15 per cent of farmers are benefited from loan waiver as few number of farmers get institutional loans in such states.

When asked about implementation of the Swaminathan Commission report, he said Narendra Modi-led NDA government has implemented most of the recommendations of the Commission. Chand further said the minimum support price (MSP) on various farm produce cannot be raised beyond a point it is not supported by the demand side factors as it would become too distorted and unaffordable for a large section of the society.

While the Swaminathan committee has suggested the MSP should be fixed on C2 (production cost definition) plus 50 per cent, the government has adopted A2+FL (actual cost plus the value of family labour) and a 50 per cent increase over A2+FL to provide a reasonable margin to producers.

He said one also has to look at the demand-supply factors while deciding on raising MSPs. "A large number of suggestions of Swaminathan Commission have been implemented. Only one demand which comes, again and again, is that MSP should be 1.5 times the cost of the C2.

"...I am in favour of enhancing the income of farmers but to enhance the income by only giving them the price by government, which is not reflected in the demand of the society can have very adverse fiscal implications because many a consumer would not be able to buy such produce and it will end up in mounting public stocks," the noted agriculture economist argued.

"Cost of such stock and interest thereon will rise, so it becomes so costly," he added. Further, if MSP is too high compared to open market price, the export will suffer and the country will become attractive for import from many countries.

According to Commission for Agricultural Costs and Prices (CACP), C2 is the most comprehensive definition of the production cost of crops as it also accounts for the rentals on owned land and interest on fixed capital assets over and above A2+FL. The Swaminathan Commission was tasked with finding solutions to the problems faced by farmers. The commission submitted five reports between December 2004 and October 2006.

Chand also said he expects that the country's farm production will increase by about 4 per cent in the current fiscal. The agriculture sector growth has been very good in 2016-17 and 2017-18. In one year, it was 6.3 per cent, in the other year, it was 3.4 per cent.

"Even this year(2018-19) in the second quarter, it is 3.8 per cent which is not a bad growth for the agriculture (sector). Maybe at the end of this year, we will have agriculture sector (growth) something close to 4 per cent," he remarked. Asked why onion prices are crashing and farmers are not getting good prices for their produce, Chand said, "If you do not have a storage capacity for onions then you will find that this kind of things will happen."

Noting that our agriculture production has changed in the last 10-15 years but our markets are not evolving, he said, "new production scenario is a scenario of surpluses ... Markets should now prepare themselves to handle surpluses. "That will not happen if regulations are not changed, if the infrastructure is not built, we will keep crying about these things," Chand insisted.