FAME-II scheme: The final Cabinet note incorporating the views of related government departments has been prepared and may soon be taken up by the Union Cabinet for approval, paving the way for the  roll out  of the energy efficient vehicles scheme, official sources said. The total requirement of the fund is Rs 9,381 crore spanning five years from 2018-19 to 2022-23 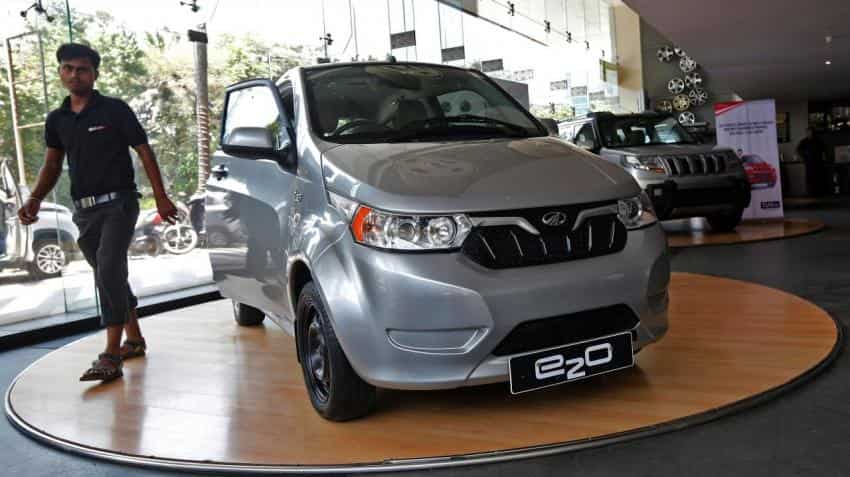 The Union Cabinet may soon consider for approval the proposal entailing financial support of Rs 9,381 crore in the second phase of the FAME India scheme spanning five years to boost adoption of energy-efficient vehicles in the country, official sources said. The Heavy Industry Ministry had circulated a draft Cabinet note entailing the details of the proposed scheme among various related government departments, including power, new and renewable energy, road transport and highways, finance and others, a senior official told PTI.

The final Cabinet note incorporating the views of related government departments has been prepared and may soon be taken up by the Union Cabinet for approval, paving the way for the roll out of FAME-II, official sources said. The total requirement of the fund is Rs 9,381 crore spanning five years from 2018-19 to 2022-23. However, the second phase of the scheme will be restricted to new energy vehicles used for public transport, commercial purposes and high-speed two-wheelers, officials said.

With an aim to promote eco-friendly vehicles, the government had launched the Faster Adoption and Manufacturing of Hybrid and Electric vehicles in India (FAME India) scheme in 2015 offering incentives on electric and hybrid vehicles of up to Rs 29,000 for bikes and Rs 1.38 lakh for cars. Under FAME II, the source said demand aggregation will be attempted for city buses, electric three-wheelers and electric four-wheeler taxi segment to bring down the cost of vehicles. Agencies such as EESL, ASRTU (Association of State Road Transport Undertakings) could be considered as potential aggregators.

Moreover, large EV components such as motor, drive powertrain and controller which are currently not covered under modified special incentive package scheme (MSIPS) of the Ministry of Electronics and Information Technology have been proposed to be given capital investment subsidy at a rate of 20-25 per cent of capital investment under FAME II, the source added. As per the information available from the Start Up Team of Invest India, about 136 startups related to electric vehicles exist in India.

However, these startups are not getting access to required finance, as financial institutions are reluctant to extend credit facilities to them, the source said, adding it was one of the main reasons for considering establishment of a venture capital fund related under FAME II.  A major reasons for the low intake of credit facility is the high risk associated in this sector. In order to support such high risk startups, it is proposed that the venture capital fund of Rs 500 crore be set up under the second phase of FAME, the source said.

The main thrust of the venture capital funding will be for development of zero emission vehicle and its component manufacturing base, making prototype to manufacturing and development of R&D, promoting work on alternative battery chemistries among others, the source said.