In major a step towards its goal of transforming into ‘Green Railways’, Indian Railways has started inducting Alstom built Nation’s most powerful ‘Made-In-India’ electric locomotives. 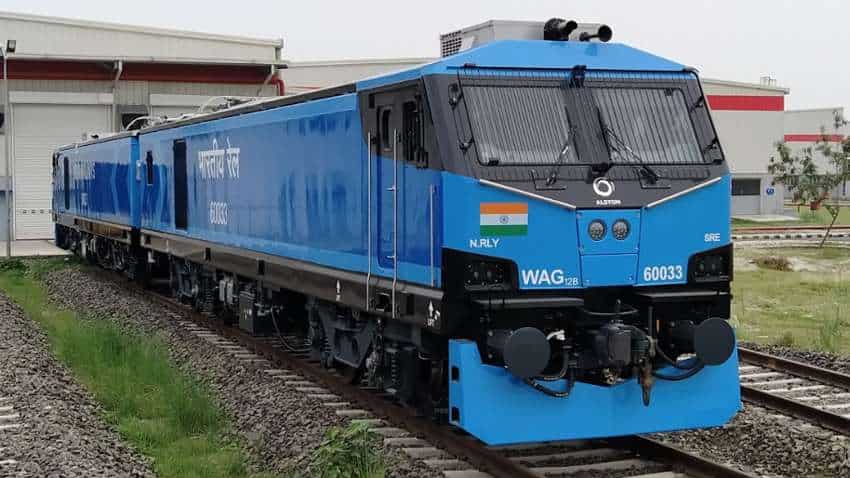 Alstom, in a JV with Indian Railways is manufacturing the Nation’s most powerful electric locomotives of 12000 HP, at Madhepura, Bihar.
Written By: Prashant Singh
Edited By: Harish Dugh
RELATED NEWS

In major a step towards its goal of transforming into ‘Green Railways’, Indian Railways has started inducting Alstom built Nation’s most powerful ‘Made-In-India’ electric locomotives. In a major development, Alstom has started deliveries of the 12000 hp, WAG-12B electric locomotives to Indian Railways, which is all set to revolutionise freight logistics in the country. Built by Alstom, certified by Ministry of Railways and Commissioner of Railway Safety (RDSO), these WAG 12B engines are the highest-powered locomotives that will run on Indian rails.

Why it's a shot in the arm of Indian Railways

- Entry of WAG 12B (e-loco) will allow faster and safer movement of heavier freight trains capable to haul ~6000 tonnes at a top speed of 120 kmph.

-Planned to be deployed for operations on Dedicated Freight Corridors (DFCs), these e-locos will increase the average speed of freight trains in India by at least 20-25 kmph.

- Equipped with Insulated Gate Bipolar Transistors (IGBT) based propulsion technology, it would lead to considerable savings in energy consumption due to use of regenerative braking.

- Additionally, this move will not only bring down operational costs, but also reduce the congestion faced by Indian Railways.

- The project has a strong impetus on indigenous manufacturing with 90% localization and as per the delivery schedule, 100 locomotives will be delivered annually.

“Alstom is pleased to start delivery of the electric locomotives to Indian Railways. Commencement of induction into the IR fleet, testifies our commitment towards the country. This is a revolutionary product which will be faster, safer and eco-friendly. Also, it is scripting a new chapter for India’s sustainable mobility journey and we are happy to be partnering in this.” said Alain SPOHR, Managing Director, Alstom India & South Asia.

In line with the Make-in-India mandate, all 800 e-locos are being manufactured indigenously. Designed at Alstom’s Engineering Centre in Bengaluru, these e-locos are being built in one of India’s largest integrated greenfield manufacturing facilities at Madhepura in Bihar. Spread across 250 acres, with a production capacity of 120 locomotives per annum, the Madhepura industrial site is built to international standards of safety & quality.

As per plan, two ultra-modern maintenance depots in Saharanpur and Nagpur will ensure high service availability of the locomotives.  The Saharanpur depot is already functional and the Nagpur one is under construction. Equipped with ultramodern features, these depots will play a critical role in maintaining India’s most advanced freight locomotives at significantly lower costs.

Alstom, in a JV with Indian Railways is manufacturing the Nation’s most powerful electric locomotives of 12000 HP, at Madhepura, Bihar. The company will be supplying 800 units of these locomotives from this factory over the next 8 years and will also provide maintenance support through its depots in Saharanpur and Nagpur.