India`s economy grew a lower-than-expected 7.1 percent in the July-September quarter from a more than two-year high of 8.2 percent in the previous quarter, government data showed on Friday. 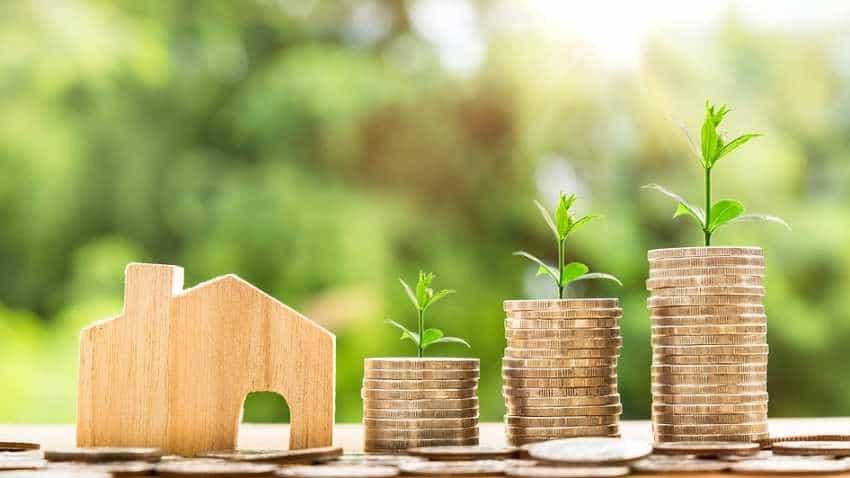 India`s economy grew a lower-than-expected 7.1 percent in the July-September quarter from a more than two-year high of 8.2 percent in the previous quarter, government data showed on Friday. The latest quarter`s annual pace was lower than a Reuters poll forecast of 7.4 percent.

"The July-September GVA/GDP data was a big negative surprise. The surprise seems to be concentrated in finance, insurance and real estate sub-segments. Tighter credit conditions since September mean the growth outlook has further worsened. However, the recent fall in oil prices and a prolonged pause by the monetary policy committee should support consumption growth and nascent signs of a capex recovery. After today`s data we have cut our GDP growth forecast to 7.3 percent for the full fiscal year compared with 7.5 percent before."

"In terms of policy action, status quo on rates and durable liquidity provision by the central bank will continue. However, liquidity injection is not improving transmission in the bond market and credit spreads remain high. The RBI (Reserve Bank of India) should have a rethink on improving efficiency of transmission. This data also increases risk that the government will ramp up spending and breach its fiscal deficit by a wider margin than we envisage."

"2QFY19 GDP missed consensus slightly despite favourable base effects, with the slowdown concentrated in consumption on the expenditure-end. Farm sector performance and non-public admin sectors have been a drag on sectoral breakdown. The softer 1HFY growth pace will reinforce expectations that March 2019 growth will be sub-7 percent by the March 2019 quarter, with full-year real GDP growth to be close to 7 percent."

"Easing inflation and a wider output gap will see the central bank pause in December and the rest of FY19. The likelihood and scale of policy tightening in FY20 hinge on external developments, particularly rupee and oil."

"Numbers are below our expectations. Government expenditure has grown at a lower rate than what we had anticipated, the public administration and defence services part. Growth in the next two quarters could be slightly lower than this because you have an adverse base kicking in and then the NBFC (non-banking financial company) crisis. Credit growth has been slow and passenger vehicle growth slipping. Most of these indicate that growth could even be slower in the second half of FY19."

"The RBI will definitely pause on rate hike this time and possibly shift to a neutral stance. Maybe we will see a rate hike only in the second half of FY20."

"Going ahead, we believe most of the slowdown is likely to be reflected in the manufacturing sector – both on adverse base effects and as economic actively loses some momentum on a combination of various factors."

"We expect the MPC (monetary policy committee) to retain its calibrated stance in the December policy meeting amidst uncertainties around crude oil prices and global growth."

"Better clarity on loss in economic momentum (both domestically and globally) and its implication on headline CPI is likely to emerge eventually. Hence, a wait-and-watch stance will be more judicious."

"Reviving private investment and creating jobs are pre-requisites for a sustainable pick-up in growth."

"The GDP numbers are spot on in terms of what I had expected. There is an acute slowdown in demand and the numbers are reflecting what we have been feeling around us for some time now. Demand is slowing down at a faster clip in rural areas than urban areas. I expect the government to take growth boosting steps as well as rate cuts by the monetary policy committee in the January-March quarter, as inflation has crashed with food prices falling. The risks of elevated oil prices and rupee depreciation are also controlled. There is rural distress. Both the government and the RBI should focus on boosting growth. I expect the full-year (April-March) GDP growth at 7.2 percent."

"Second-quarter growth data has surprised us on the downside and pose downward risk to overall 7 percent+ GVA growth in FY19. The second half of FY19 will likely see further slower growth on the back of unfavourable base effect and slower non-banking credit offtake and tighter financial conditions amid NBFC stress."

"Besides, ahead of national elections, the investment cycle will continue to be fragile as policy uncertainty lingers. However, higher election-related spending could counter some of this growth moderation."

"The RBI MPC in its meeting due on Dec. 3-5 is unlikely to change its policy rate. Inflation is again on its way to undershoot RBI`s expectations for 2HFY19 (3.9-4.5 percent). Our estimates suggest that amid weakening food price dynamics, the upcoming inflation print could see a sub-3 percent reading and the range for the 2HFY19 will likely be much lower than that of RBI, further helped by oil dynamics."

Also Watch: GST on banks' 'free services' may be passed on to customers

"We do not think RBI will immediately change its stance from calibrated tightening. While markets are largely pricing in no action from RBI on the rate front, the guidance will be watched out for and there could be traces of dovishness in RBI`s communication with sharp favourable movements in the rupee and crude prices as far as imported inflation is concerned. This could further add fuel to the bond market."