"Of course we do. The size and the scope and the breadth of the Indian market, we see it as a huge growth driver for us globally," Amway Inc Co-Chairman Douglas L DeVos told PTI here in an interview. 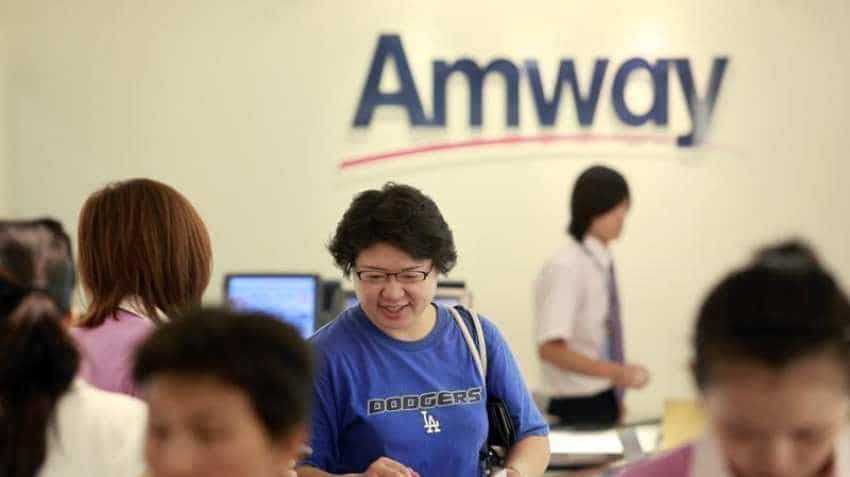 Amway India made a foray into herbal skincare products, positioning a dominant number of items under its Attitude range, Image source: Reuters

US-based direct selling major Amway Inc expects India to be a huge growth driver for the company and play a role in its global supply chain through innovative herbal products, a top company official said Friday.

The company also aims a sustained double-digit growth in the next five years in India, a market which it is expecting to break into its top-five global markets in the mid to long term.

"Of course we do. The size and the scope and the breadth of the Indian market, we see it as a huge growth driver for us globally," Amway Inc Co-Chairman Douglas L DeVos told PTI here in an interview.

He was responding to a query on whether Amway believes that India can be among its top-five global markets. Currently, the country is ranked seventh after China, US, South Korea, Japan, Thailand and Taiwan.

Commenting on the company's ambitions in India, DeVos said: "We have grown at a rate of 7 per cent now, so we are going to have double digits in the near future. We believe that is the pace we can maintain certainly for the next five years and hopefully even accelerate."

The growth will be driven by the company's existing products besides new introductions such as the locally developed herbal range.

He said some of the markets like Thailand and Malaysia have already expressed interest in the herbal products from India.

"Indonesia and markets in South East Asian region would be very interested in products like these. We see India having a role in global suply chain, not just India for India but for other markets as well," DeVos.

Last year, Amway India made a foray into herbal skincare products, positioning a dominant number of items under its Attitude range.

Elaborating on growing expectations from India, he said: "We made investment in manufacturing here and at that time, it may have been more India for India but I think as we talk about the innovation side, like the (herbal) products, we are trying to use the resources that we have as a global company."

Also, he said Amway could look at replicating what it did in the US with the Nutrilite brand for producing natural plant-based health supplements through organic farming.

"...That idea can be applied here in India, and apply potentially in China (too)," DeVos said adding that even ideas from India could go back to the US.

Amway India 'Scam by Pyramid Fraud': Why ED attached Rs 757-cr assets? And, what company has to say on big action?