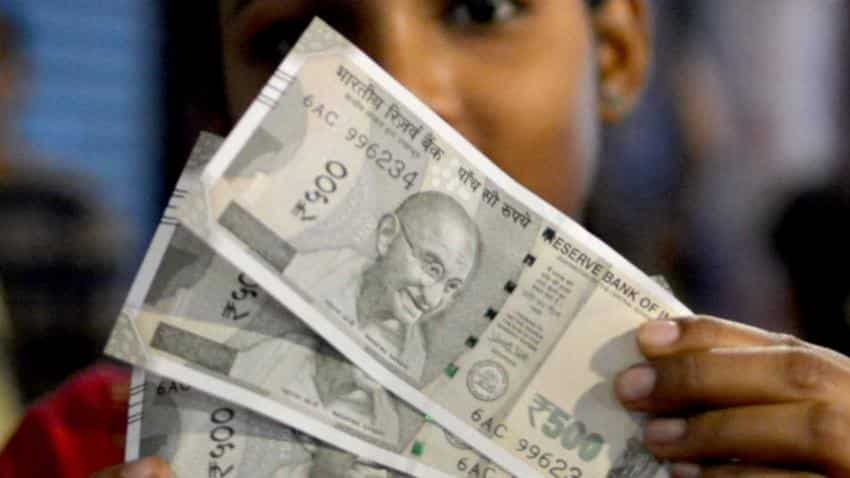 Retirement funds manager EPFO has its plate full, going into the next year -- from full digitisation to Aadhaar seeding, with the sole purpose of making service delivery better for its nearly 4.6 crore users.

Raising the bar when it comes to investment in the stock market also figures high on its to-do list.

In 2017, the EPFO embarked on a digital journey with an eye on providing almost all services on smartphones -- ranging from PF withdrawal to submission of life certificate by pensioners.

Speaking to PTI, the Central Provident Fund Commissioner V P Joy said, "The EPFO will be a paperless organisation by August 15, 2018, with complete digitisation of its operations. Moreover, our focus would be on providing all services to our members and pensioners through smart mobile phones anywhere, anytime."

The PF body, Joy further said, has planned to put in place a service in a week that will allow the users to link their Aadhaar with PF accounts using mobile phones.

"Apart from this, we would shortly provide a service to members to generate Universal Account Number (UAN) using mobile phones. At present, this service is available online," Joy added.

He told PTI that the EPFO is on the way to linking all UANs with Aadhaar so that payments can go through using the Aadhaar Enabled Payment System (AEPS).

Currently, of the 4.6 crore contributing members, as many as 2.75 crore have seeded their Aadhaar with their PF accounts. However, out of these 2.75 crore, 1.25 crore Aadhaar numbers have been verified.

The EPFO has a mandate to verify all Aadhaar-seeded PF accounts for the switch to AEPS, which is seen to completely change the experience and efficiency of services for the better.

The retirement funds body is also working on a plan that will ensure customers can see their share of exchange traded funds (ETF) investment units in their PF accounts from April onwards.

Last month, the EPFO had approved a proposal on crediting ETF units to the PF account of members. The decision was taken by EPFO trustees last month when they cleared an accounting policy for valuation and an equity investment policy prepared in consultation with IIM Bangalore.

Subscribers can liquidate these investments at the time of withdrawal from the PF account upon retirement or taking advance on various grounds such as buying a home, children's marriage and their education.

However, the catch is this facility will not make the PF account a demat one as the subscriber cannot do trading in this case and the EPFO would liquidate the ETF units only when members apply for withdrawals.

The PF body had started investing its funds in ETFs in August 2015 and has put in around Rs 32,000 crore so far.

The return on investment so far stands at 21.87 per cent. But this is notional because the EPFO would get this return only when it would liquidate this investment.

It had also earlier approved a proposal for a centralised payment system to use the National Payments Corporation of India (NPCI) platform, which would not just reduce transaction charges, but bring in more convenience.

Under the current decentralised set-up, paying its beneficiaries involves higher transaction cost, delay in re- credits in case of a failed transaction and no scope for Aadhaar-enabled payments.

The new arrangement will enable the EPFO to transfer funds on the same day to beneficiaries through the NPCI platform. Moreover, the EPFO may reconcile the transaction status on the T+0 basis (day of transaction plus zero days).

This will lead to early recredit in the event of failed transactions and allow for Aadhaar-enabled transfer of funds.

The EPFO is also looking at raising the wage ceiling for mandatory coverage of formal sector workers to Rs 21,000 in 2018, from Rs 15,000 per month.

All those organised sector workers getting basic wages of up to Rs 15,000 per month are mandatorily covered under the social sector schemes run by the EPFO.

The basic wage is the sum total of basic pay and dearness allowance paid to workers.

A back of the envelope calculation suggests that the move may bring nearly 50 lakh more workers under the ambit of social security schemes of the EPFO.

The Employees Enrolment Campaign (EEC) of the EPFO took off in January 2017 with an objective to enrol the left-out employees and provide incentives to employers in the form of waiver of administrative charges, nominal damages at Rupee 1 per annum and waiver of employee share if not deducted.

During this drive, close to 1.01 crore additional employees came on board between January to June 2017.