EPCA chairman Bhure Lal recommended to the pollution watchdog CPCB on Wednesday that it should implement either the odd-even scheme or impose a complete ban on non-CNG private vehicles if the air pollution level in Delhi increases again. 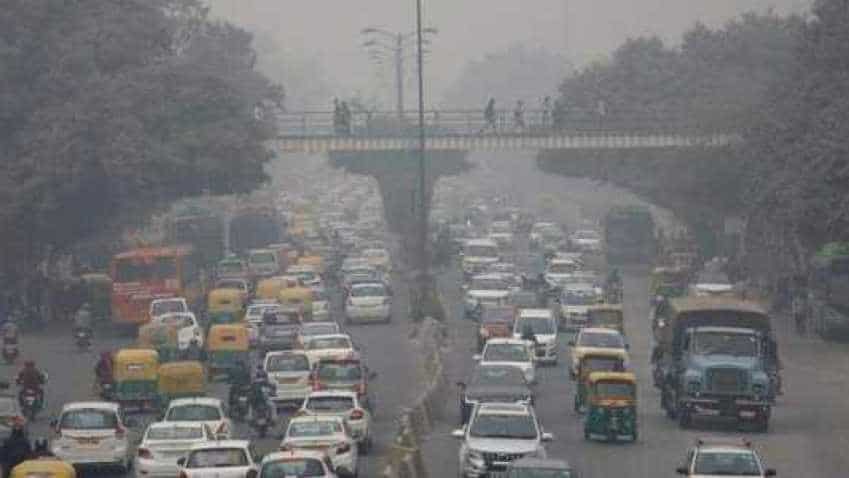 Central Pollution Control Board said the additional steps, including the complete ban on non-CNG private vehicles, should be "deliberated" by the EPCA. Image courtesy: Reuters

New Delhi: EPCA chairman Bhure Lal recommended to the pollution watchdog CPCB on Wednesday that it should implement either the odd-even scheme or impose a complete ban on non-CNG private vehicles if the air pollution level in Delhi increases again.

Reacting to the recommendation by the chairman of the Supreme Court-appointed authority, the Central Pollution Control Board said the additional steps, including the complete ban on non-CNG private vehicles, should be "deliberated" by the EPCA, which is a larger body.

Lal's recommendation and CPCB's reaction came on a day Delhi's air quality "improved significantly" since Diwali as overnight rains washed away larger pollutants and stubble burning in neighbouring states declined. The air quality, however, was "poor" with an AQI of 293.

The recommendation also came two days after Lal had written to chief secretaries of Delhi and neighbouring states, asking them to consider a ban on private vehicles barring those running on CNG.

In a letter to CPCB member secretary Prashant Gargava, Lal said all cities, which have similar emergency plans like Paris or Beijing include restrictions on private vehicles, which is done by either number plate or by fuel type or its age.

He said vehicles contribute as much as 40 per cent of the total emission load in Delhi and roughly 30 per cent in the region.

"In this situation, the only option is to look at either a complete ban on all private vehicles (without the identification of petrol or diesel), other than CNG and/or restriction on plying by number plate (odd-even)," he said.

"However, please note that the odd-even scheme, as practiced in other cities for similar pollution abatement, is done for extended hours and includes all private vehicles," he added.

In 2016, the odd-even scheme was enforced twice January 1-15 and April 15-30 in Delhi when vehicles having odd and even numbers were allowed to ply on alternate days as the air quality deteriorated.

The odd-even scheme is a part of the Graded Responde Action Plan (GRAP), emergency measures implemented in phases to combat air pollution. It came into effect from October 15.

Lal said he understands that any restriction on plying of private vehicles without adequate public transport would create "huge inconvenience" to people.

"Even after removing trucks and other diesel commercial vehicles, which are the highest segment of this pollution load, the remaining vehicles add up to substantial load, particularly private diesel vehicles which contribute substantially to both NOx (nitrogen oxides) and PM (particulate matter) emission," the EPCA chairperson said.

He requested the CPCB-led taskforce to deliberate on this matter and give its recommendations at the earliest.

Noting that it is clear that the region's own sources of pollution are greatly responsible for the poor air quality, Lal said the accumulation of pollutants post-Diwali and then the addition of pollutants on a daily basis combined with adverse weather onset of cold and no wind for dispersion has kept the region in very poor, severe and even severe-plus categories.

"This is extremely hazardous for our health and unacceptable. We also know that the role of crop burning has been to exacerbate this situation," he said.

"It is for this reason that EPCA for the past many years has stressed on the need for augmentation of public transport, not just in Delhi but in the NCR region. The Comprehensive Action Plan, which is now notified, but still nowhere close to implementation, includes time-bound action on public transport," Lal said.

This is not the first time that Lal has recommended completely banning non-CNG private vehicles in the national capital.

On October 31, he had proposed banning all private vehicles but this time he went ahead and proposed ban on all non-CNG private and commercial vehicles.