Adding another feature to its cap, South Central Railway has commissioned the longest electrified tunnel in the country. 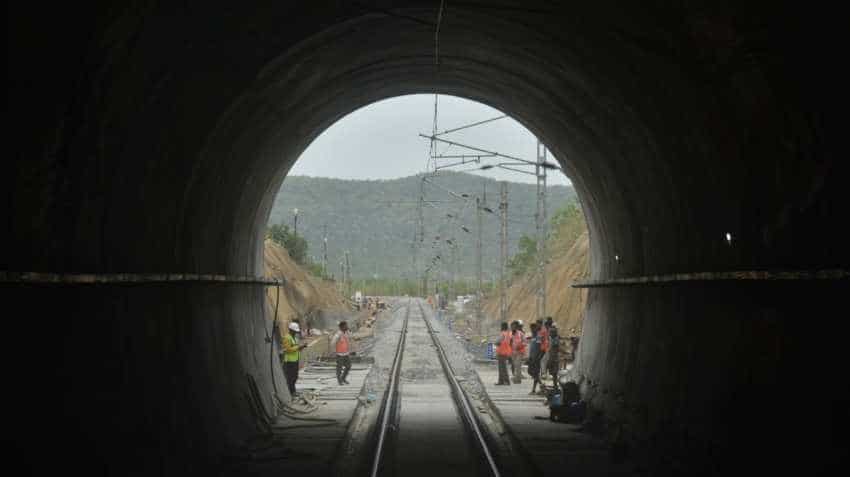 Adding another feather to its cap, South Central Railway has commissioned the longest electrified tunnel in the country. The tunnel, an engineering marvel measuring 6.6 kilometre, is situated between Cherlopalli and Rapuru stations of Andhra Pradesh and is part of the recently completed Obulavaripalli - Venkatachalam new railway line. Two freight trains have successfully run on June 25, 2019,  marking the full-scale operation of the newly built electrified railway line between the two stations, thereby opening up viable rail connectivity between Krishnapatnam Port and its hinterland for Goods train services.

Construction of the longest tunnel between Cherlopalli and Rapuru was the major challenge for commissioning of this important and vital railway link. Completion of this tunnel in a record time has enabled Railways to start freight operations on this railway line, which has reduced the distance between Krishnapatnam Port and hinterland areas by 60 kms.

At present, the average travel time taken by goods train from Krishnapatnam Port to Obulavaripalli is 10 hours. On the newly commissioned line, the travel time gets reduced to about five hours, which will result in a saving of travel time by 5 hours.

The construction of this tunnel paved the way to operate freight trains in Obulavaripalli - Venkatachalam - Krishnapatnam Port new railway line for a distance of 113 kms. The section is now notified for commercial freight operations as well.

Appreciated the efforts of railway officials and staff involved in completion of this tunnel in a record time of 43 months, SCR General Manager Gajanan Mallya said it is a matter of pride for the zone to have such remarkable structure. The newly constructed railway line is also helpful for decongestion of traffic on Vijayawada - Gudur Main line, he added.