The government is likely to introduce the Electricity Amendment Bill 2021 in the ongoing session of Parliament. 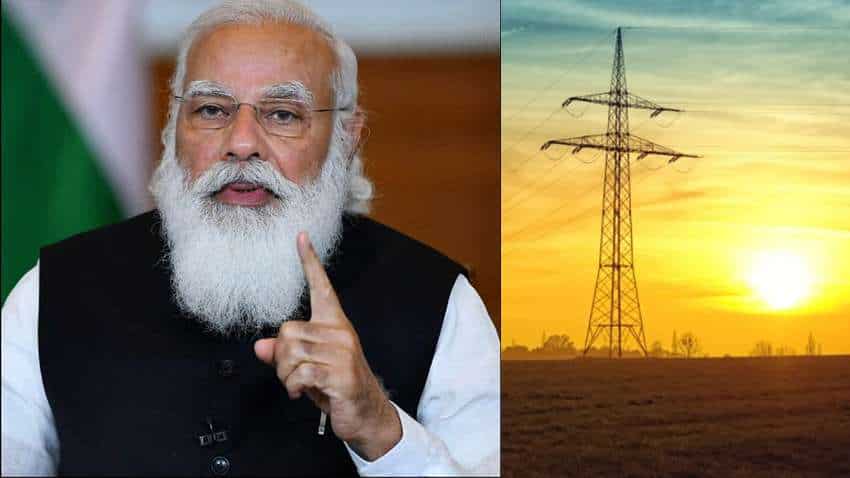 The bill seeks to de-license power distribution to reduce entry barriers for private players for creating competition in the segment, which would ultimately enable consumers to choose one from multiple service providers. PIB and Pixabay pic.
Written By: Prashant Singh
Edited By: Harish Dugh
RELATED NEWS

Electricity (Amendment) Bill 2021: Modi government has plans to enable power consumers to choose from multiple service providers as in the case of telecom services. The government is likely to introduce the Electricity Amendment Bill 2021 in the ongoing session of Parliament.

A proposal to seek the Cabinet approval for the Electricity (Amendment) Bill 2021 was circulated in January this year and the draft law can be introduced in Parliament in the ongoing Budget session itself.

-The bill seeks to de-license power distribution to reduce entry barriers for private players for creating competition in the segment, which would ultimately enable consumers to choose one from multiple service providers.

-At present either state-run or private, power distribution utilities are monopolies and consumers have no option but to get electricity supply from one service provider available in an area of operation.

- Companies meeting the eligibility criteria prescribed by the central government will register themselves with appropriate commission before beginning supply of electricity and the commission shall be required to register the company within a period of 60 days.

-The commission can reject the registration only if the company does not meet the eligibility criteria.

-The amendment will also give effect to a Supreme Court judgement wherein it has been held that Electricity Regulatory Commissions must have a member with experience and qualifications in law.

- In the field of renewable energy, the proposed amendments provide for state commissions to fix the Renewable Purchase Obligation (RPO) as per the trajectory prescribed by the Central Government.

- The Bill also introduces a specific provision for penalties for not meeting the RPO, which are necessary in view of importance of green energy for environment in context of global climate change concerns and international commitments made by India to increase the share of renewable energy.

- Besides, the Bill seeks unification of the regional grids.

- With the unification of regional grids, it is imperative that the supervision over the national grid is strengthened to ensure its security and reliability, as a result of which certain responsibilities and powers are proposed to be conferred on the National Load Despatch Centre (NLDC).

- To address the issues of delays in payments to power generation companies by power distribution companies, the bill proposes that no electricity shall be scheduled or despatched under a contract unless adequate security of payment has been provided.

- Some of the other proposals in the Electricity Amendment Bill 2021 are higher penalties for offences under the Act and for non-compliance of orders of the commissions, put in place a mechanism for monitoring the compliance of of the provisions of the Act and rules and regulations made.