Economic stimulus on its way but where should it be spent?

India's GDP (Gross Domestic Product), which is a sum total of all goods and services produced in the country in a given period, dropped to a three-year low at 5.7% in three months ended June 2017. 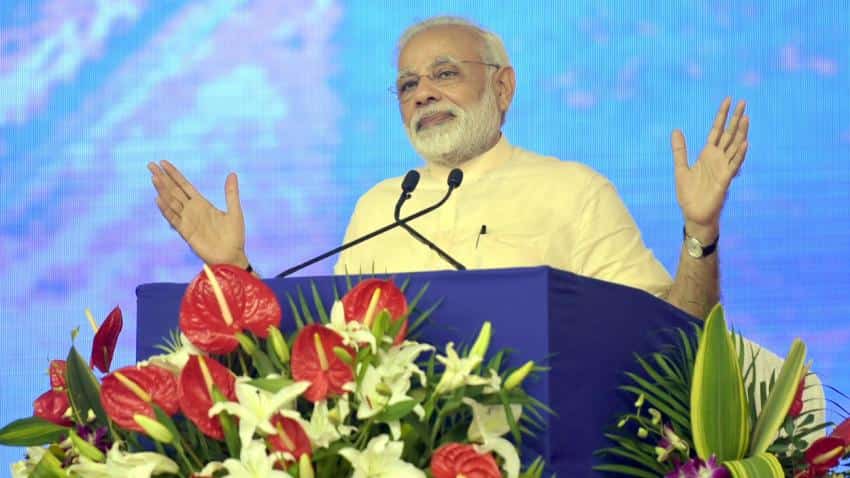 Finance Minister Arun Jaitley has made it clear that the Indian economy will need a booster shot to stimulate it into action.

Jaitley, earlier this week, said that the government is currently contemplating various routes to ways to bring the economy back on track.

India's GDP (Gross Domestic Product), which is a sum total of all goods and services produced in the country in a given period, dropped to a three-year low at 5.7% in three months ended June 2017.

Sources, as quoted by various media outlets have said that the government may look to interject anywhere between Rs 40,000 to Rs 50,000 crore in the Indian economy over the coming months in order to give it a much needed push.

"From Day one, this is a proactive Government. We are analysing the economic indicators and appropriate action will be taken at right time," the Finance Ministry tweeted Jaitley as saying at an investor meet earlier this week.

However, an economic package would mean that the government may have to push its target of reaching 3.2% of fiscal deficit by the end of the current fiscal year.

Investors, naturally, are not very amused by the news and this reflected in India's sovereign bonds rates and rupee's value as against the American dollar on Thursday September 21, 2017.

Fiscal deficit is the difference between a country's expenditure and earning. The bridge is capped by way of borrowings and hence the impact on interest rates on government bonds and rupee.

Madan Sabnavis, Chief Economist at Care Ratings said that presently private investment is down and hence the only entity which can spend is the government. Within governments, states have their issues with Fiscal Responsibility and Budget Management (FRBM) norms and hence it is the centre which can  plug the gap.

"50 bps increase in fiscal deficit i.e. from 3.2 to 3.7% will involve around Rs 80,000 crore which will help. But for accelerated growth we need private investment to step up, which will come only with a lag."

Kavita Chacko, Economist at Care Ratings believes that the amount should be around 0.5% of India's Gross Domestic Product.

V K Vijayakumar, Chief Investment Strategist, Geojit Financial Services, said, "Fiscal stimulus should be, ideally, increased spending in infrastructure. For finding the resources for the stimulus, the government can slacken the fiscal deficit target of 3.2 % this year and maintain it at the previous years level of 3.5%."

Sabnavis believes that additional borrowing will be entailed in case fiscal deficit goes up by 50 bps. While GST and better tax compliance will get more revenue, there is a shortfall already on account of lower RBI transfers by around Rs 30,000-35,000 crore.

Hitesh Jain, Associate Vice President – Research, IIFL Wealth Management, said, "With Central government’s July end Gross fiscal deficit already standing at 92.4% of actual to budgeted estimates for FY18, there is certainly a question on how government will play the role of an economic savior. However, we sense that higher government spending will continue, after rising 21% during FY17. In fact, government final consumption expenditure during Q1 of this fiscal year increased 17.2% (yoy). The incumbent regime is garnering courage from projections of higher tax revenues, steady foreign capital inflows and likely disinvestment of various PSUs."

Having similar views, Aditi Nayar, Economist at ICRA, said, "A targeted programme that addresses concerns raised by exporters, particularly regarding procedural issues related to GST, as well as other businesses, could be instituted to shore up sentiment and economic growth."

Economists believe that one area which needs investment is infrastructure.

Nayar, Chacko and Sabnavis said interventions to boost infrastructure spending, particularly in areas such as affordable housing, could be considered.

Jain said focus should be accentuated on job creation through incentives to various industries. "It is widely reported that the government might boost affordable housing or incentivise exports to stimulate the overall economic activity. There is also a need to revive household spending, which showed signs of slowing down during Q1 of this fiscal year," he said.

Vijayakumar said that initiative from RBI is required. "Another 25 basis points cut in policy rates is warranted since inflation is within RBI’s target of 4 % for March 2018."

The 6% appreciation in rupee this year so far has hurt exports and accelerated import substitution. The pickup in consumption in recent months has led to higher imports rather than higher domestic production as evidenced by the spike in non-oil, non-gold imports. rupee appreciation is singularly responsible for this, he said, adding, "Perhaps more than the rate cuts, India now needs rupee depreciation."