While several policy actions led by outbound RBI Governor Raghuram Rajan are showing their results slowly but surely, there are still a number of areas where work is still in progress, the RBI said. 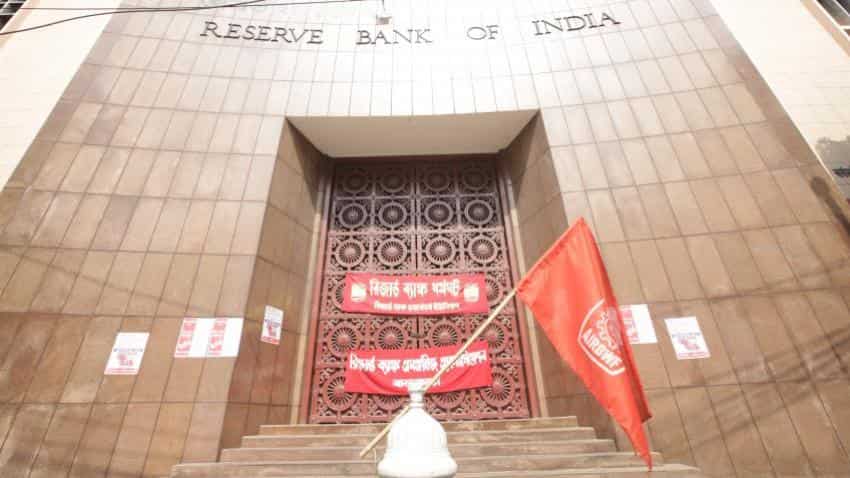 Reserve Bank of India released its annual report for 2015 - 16 on Monday.

Both, the government and the RBI have taken several measures to drive marco-economic stability in the Indian economy.

While several policy actions led by outbound RBI Governor Raghuram Rajan are showing their results slowly but surely, there are still a number of areas where work is still in progress, the RBI said.

According to the central bank, as of now, there are three major areas of concern for it.

Three pain points for the economy

First, economic growth, while showing some pick up is still below levels that India is capable of, Rajan said. Investment is still weak, with lacklustere participation from the private corporate sector and low capacity utilization, and the public investment is slow in rolling out in some sectors.

Rajan said that with the central bank's need to balance savers’ desire for positive real interest rates along with corporate investors’ and retail borrowers’ need for low nominal borrowing rates, the room to cut policy rates can emerge only if inflation is projected to fall further, said RBI.

Retail inflation, the index that RBI tracks to set its monetary policy rates, was at 6.08% in July, above the +2% margin of the recently set inflation target. The government accepted the central bank's recommendation to set an inflationary target for the next five years, at 4%, plus/ minus 2%.

c) Transmission of lending rates: Third, transmission of rate cuts has been a problem through Rajan's tenure, especially after it cut rates in line with market's expectations, in the later half of his three-year term. Convincing banks to cut lending rates actively, is a concern, the central bank said in its report. Weak corporate investment has reduced the volume of new profitable loans that banks give out. Couple with that the mounting stressed assets that have tightened their capital status which preventing them to cut rates freely.

Inflation is one of the key focus areas for the RBI. So far, the RBI has projected 5% inflation rate by March 2017, after having coming below 6% in January 2016.

In the first quarter of financial year 2017, consumer price index (CPI) inflation has been above RBI's target level, driven up by the seasonal surge in prices of fruits and vegetables and protein-rich items on top of still elevated prices of pulses and sugar. With the steady progress of the southwest monsoon, however, these prices are likely to moderate over the ensuing months.

In the meantime, a coordinated decision made by monetary policy committee - a six-member panel - would be closely watched.

Also, economic outlook has weakened led by Braxit after math. But RBI said, effects of Brexit to be muted on the Indian economy so far.

In this year, the Central Statistics Office (CSO) indicated that a moderate recovery characterized the macroeconomic conditions in 2015-16, with a slight pick-up in pace in the second half of the year, despite the drag from slowing investment. Private final consumption remained the bedrock of domestic demand, expanding to contribute over half of the overall GDP growth, said the RBI report.

Uptick in fiscal consolidation restrained most of the government consumption during 2015- 16. Net exports were muted thanks to weak global trading environment as in the preceding year; however, a turnaround in their contribution to the growth of aggregate demand occurred in the second half of the year.

Inspite of a second straight drought year, the gross value added (GVA) from agriculture and other activities posted a modest growth during the year.

The fourth advance estimates of the Ministry of Agriculture have dictated foodgrains production for the year at 0.1% higher than in the previous year, mainly due to increase in wheat production.

As on August 18, 2016, the cumulative rainfall was at its LPA level as against 9% below LPA in the corresponding period of the previous year, leading to an increase of 6.5% in kharif sowing, thus far.

With the fiscal deficit declining to 3.9% of GDP, central finances were revenue-driven in 2015-16 – additional revenue mobilization through cesses; duty revisions in respect of petrol and diesel; higher dividend and profi ts; and earnings from spectrum auctions.

RBI's total income increased 2% in the year ended June 2016 to Rs 80,870 crore from Rs 79,256 crore in the previous year. While RBI said expenditure rose by 12% to Rs 14,990 crore from Rs 13,356 crore led by provisions made for reimbursing service tax on agency commission paid to agency banks.

The passage of the Goods and Services Tax (GST) Bill marks a new era in co-operative fiscal federalism and a growing political consensus for economic reforms.
Going ahead

While these areas of concern have not changed significantly over the year, there have been some developments have also been seen. Expectations of a good monsoon ( which has already started reviving agriculture sector), coupled with more money in the hands of government servants (as a result of the implementation of the 7th Pay Commission recommendations) should boost consumer demand.