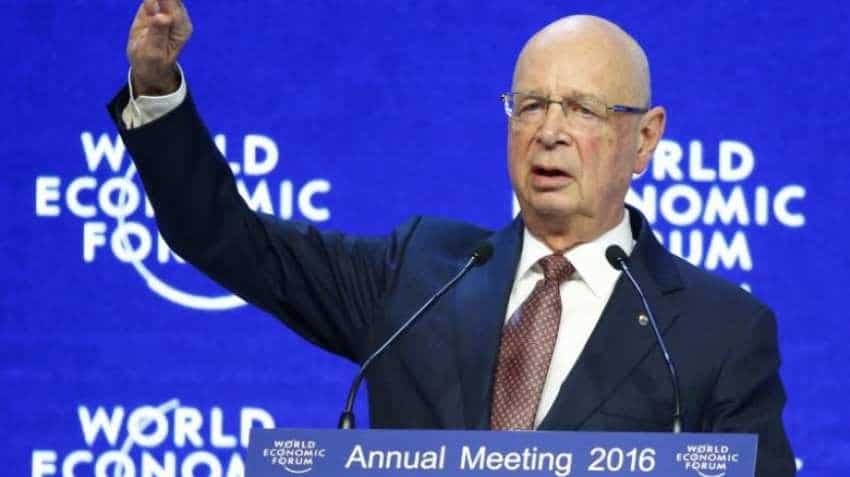 World Economic Forum (WEF) founder and executive chairman Klaus Schwab Tuesday said India is still in the "middle class" in ease of doing business and the country should work towards creating the necessary ecosystem to boost entrepreneurship. Speaking to reporters here, he said most jobs in the future will be self generated and the country should have an education system that is future-ready.

"The education system has to be tailored to provide skills that we need tomorrow. The country also has to create the necessary ecosystem for all entrepreneurial activities," he said. Schwab highlighted that it will be less, not-so-big companies which will provide jobs in the future and "to facilitate startups is absolutely essential".

Talking about ease of doing business, he pointed out that in global competitiveness, India is ranked ranked the 58th among 140 countries, which is five places up over 2017. "So, it's far from being perfect. I also think the very important indicator is that how long it takes to create business and you have some places today where it takes half a day.

He further said that future richness of a country will not only be measured by the potential of its young generation, but data will also be a key factor. "India, which has began getting digital information of its 1.3 billion population, has special competitive advantage only matched by China," said Schwab.

Highlighting the need for more technological development, he said, the most innovative country will be the most competitive and ultimately the most wealthy and most powerful one in the future. "India has to make efforts to keep up, particularly with the US and China," he added.

He said India will have to bring in an important message to 'Davos 2019', in a world which has many challenges, including polarisation. "India represents largest functioning democracy in the world and is one of the few countries which has a growth rate of over 7 per cent. It's the fastest growing G20 country. "It has a history of successful reforms and I expect a strong presence from India (in Davos 2019) and I hope India has a strong message despite the forthcoming elections," he added.

WEF organises a meeting of the global elite of business, finance, and politics in Davos, Switzerland, in January every year.