In a major development, a low-intensity earthquake of magnitude 2.1 hit Delhi on Monday. 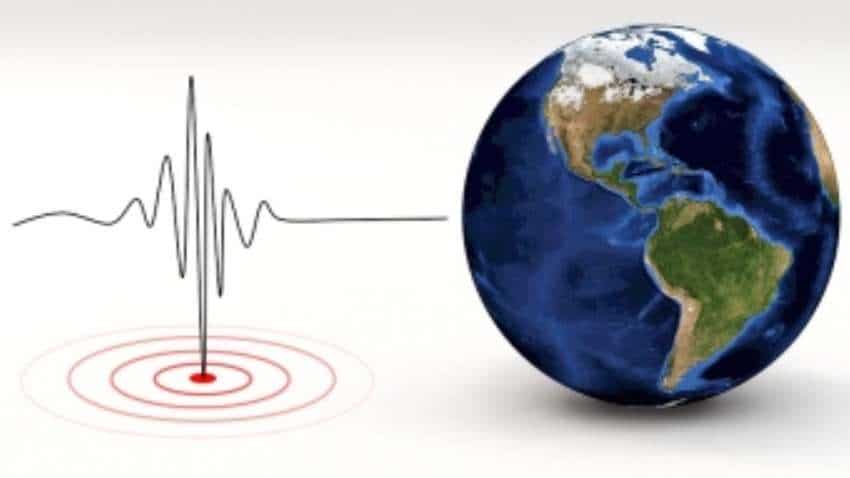 The epicenter of the earthquake was at the Delhi-Gurgaon border. IANS photo.
Written By: Prashant Singh
Edited By: Harish Dugh
RELATED NEWS

In a major development, a low-intensity earthquake of magnitude 2.1 hit Delhi on Monday. The epicenter of the earthquake was at the Delhi-Gurgaon border and it occurred at 1 pm at a depth of 18 kilometres, the National Centre for Seismology (NCS) said. Since April, Delhi-NCR has recorded more than 14 quakes of low and medium intensity.

Earlier, on June 3, tremors were felt in Delhi-NCR while low intensity shocks were experienced across the region. The centre of the tremor was south east of Noida. As per National Centre for Seismology, an earthquake of magnitude 3.2 on the Richter scale struck 19 km south east of Noida at 10.42 p.m. However, no damage was reported due to the tremors.

On May 31, an IANS news report said that 10 low to moderate intensity tremors have shaken Delhi-NCR in the span of one and a half months. It could indicate that a much more powerful earthquake could strike India's National Capital in near future, warn some of the top geologists of the country.

"We cannot predict time, place or exact scale, but do believe that there is a consistent seismic activity going around in the NCR region and can trigger in a major earthquake in Delhi," said Dr Kalachand Sain, Chief of Wadia Institute of Himalayan Geology, a premiere autonomous institute, run under Union Ministry of Science and Technology.

Unfortunately, Delhi falls under a high risk seismic zone. Unfortunately, its border towns are witness to mushrooming growth of high rise private buildings many of which do not adhere to mandatory guidelines of Bureau of Indian Standards (BIS) set for earthquake resistant construction.