Dubai`s DP World has approached an Indian court to quash an antitrust investigation recently ordered into its alleged anti-competitive behaviour at the country`s largest container port in Mumbai, a legal document reviewed by Reuters showed. 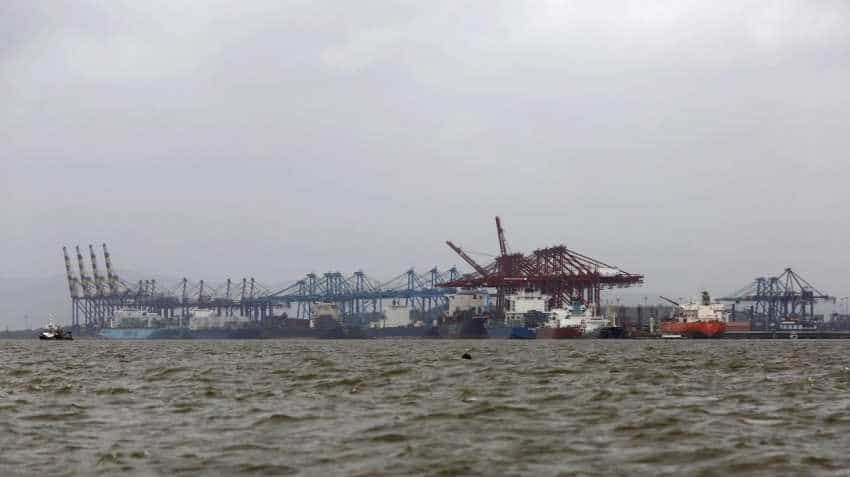 Dubai`s DP World has approached an Indian court to quash an antitrust investigation recently ordered into its alleged anti-competitive behaviour at the country`s largest container port in Mumbai, a legal document reviewed by Reuters showed.

The CCI`s probe followed a complaint by Singapore`s PSA International Pte Ltd, which had alleged that Maersk and DP World businesses created barriers to hinder the growth of PSA`s terminal by colluding on certain charges they levy at JNPT, Reuters reported last month.

In a filing in the High Court in Mumbai last week, the DP World unit Nhava Sheva International Container Terminal said the CCI`s decision to order an investigation was "arbitrary" and "capricious".

The filing, dated Dec. 13, has been reviewed by Reuters. It has not been previously reported.

Allowing the CCI`s order to stand "would lead to gross discrimination and grave economic harm" on the business, the DP World unit said in its petition, urging the court to quash the CCI`s order, put it on hold, or ask the watchdog to withdraw it.

Handling 66 million tonnes of cargo in the last fiscal year to March, JNPT is critical to India`s international trade. The port handles more than half of India’s traffic of shipping containers each year.

Units of Maersk, DP World and PSA operate four of the port’s five terminals, with the fifth owned by the government. The PSA terminal, inaugurated in February, is planned to be the largest, expected to nearly double JNPT’s capacity. The dispute centres around so-called inter-terminal transfers.

Under the system, freight trains arriving at JNPT typically carry containers destined for several terminals, but stop at just one that handles all the cargo on a given day. Other operators then collect their containers by truck for loading at their own terminals. A similar procedure is followed, in reverse, when imported containers are unloaded.

In June, PSA, which is owned by Singapore government-owned investment fund Temasek Holdings, lodged a complaint with the CCI alleging it was facing discrimination because Maersk and DP World were imposing a higher fee on shipping companies for handling containers that arrived at the PSA terminal.

The CCI in its Nov. 9 order, however, had said it did not agree that the matter pertains only to tariff fixation and it was rather a case of "coordinated conduct" which raised "anti-competitive concerns".

The regulator had asked its investigations unit to probe the allegations and submit a report by January. The probe would also look at the role of individual company executives, sources have previously told Reuters. A government source told Reuters on Monday that the matter could be looked at by both the Tariff Authority as well as the CCI, and the watchdog was going to defend its decision in court.