The country has recorded an average growth rate of 7.5% in the first three years of the Modi government 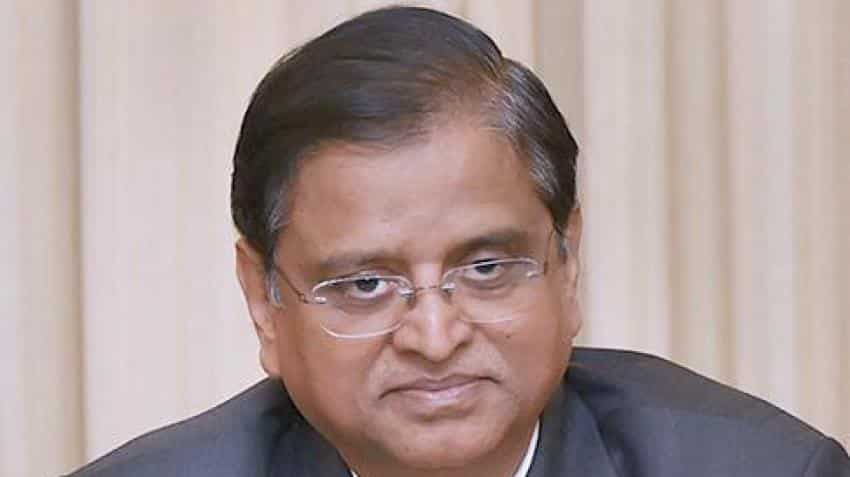 Subhash Chandra Garg, the Department of Economic Affairs Secretary, said in 2020-21 "India should" be able to grow at about 8%. Image source: PTI
Written By: PTI

Achieving a double-digit economic growth for India in current global scenario is difficult but the country is on path to clock 8 per cent plus expansion by 2020-21, a top finance ministry official said.

In his budget speech on February 1, Finance Minister Arun Jaitley said India is firmly on course to achieving over 8 per cent growth and becoming the world's fifth largest economy.

The country has recorded an average growth rate of 7.5 per cent in the first three years of the Modi government.

"What we are projecting is, this year second half will have a growth higher than 7 per cent. Next year, 7-7.5 per cent average growth rate has been projected.

"That would mean that there would be some quarters where growth might exceed 8 per cent. So we might see some 8 per cent plus growth quarter next fiscal," Subhash Chandra Garg, the Department of Economic Affairs Secretary (DEA) told PTI.

The secretary further said that in 2020-21 "India should" be able to grow at about 8 per cent.

When asked by when India could move into a double digit growth trajectory, Garg said it is difficult as the growth in the global economy is not that high.

"You need to grow exports quite a lot to think of 10 per cent (of growth). Exports growth depend on the ability of the global economy to absorb imports.

"10 per cent to my mind, is not a realistic estimate. I think 8 per cent plus if we can grow, that could be a decent growth," he said.

As per the estimates of Central Statistics Office (CSO), the Indian economy is expected to grow at 6.5 per cent in the current fiscal.

For 2018-19, the economy is likely to grow at 7-7.5 per cent as per the Economic Survey tabled in Parliament last month.