"Over the last two-and-a-half years most of the sectors have been reviewed and we now have probably the most open FDI policy in the world with 90 per cent of FDI coming in through the automatic route," he said. 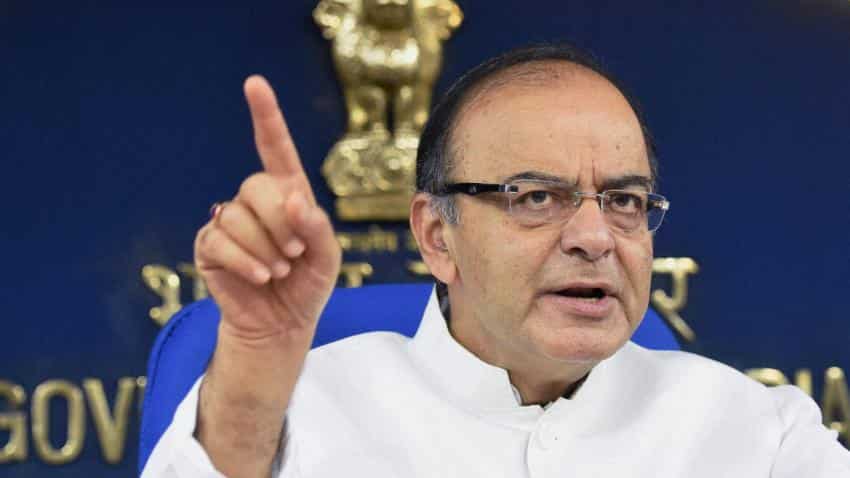 Addressing the BRICS investment seminar here ahead of the 5-nation Summit beginning in Goa tomorrow, he said the government has put FDI on automatic route in almost 90 per cent of the areas that are eligible for foreign direct capital.

"Over the last two-and-a-half years most of the sectors have been reviewed and we now have probably the most open FDI policy in the world with 90 per cent of FDI coming in through the automatic route," he said.

Stating that the ease of doing business has improved massively since the Modi government came to power, Jaitley said many sectors have been brought into the automatic route and now we don't have any instance of cases pending indefinitely before the Foreign Investment Promotion Board.

"We have learnt that notwithstanding the fact that there is a contraction as far as global growth is concerned, at least by domestic reforms we can neutralise the impact of the ongoing global slowdown," he said.

On India's global competitiveness ranking, which has improved to 39 this year, he said many policy changes in the recent past have added to the ease of doing business.

Jaitley said various policy measures and "every significant decision of the government are aimed in one direction -- that is to promote economic activities and make India more investment friendly".

"Our ranking both in the ease of doing business and also in global competitiveness index has moved up significantly in the last few years. And this has been aided by a large number of policy initiatives which have been taken by the government," Jaitley said.

Lauding the states for their competitive spirit in making themselves business-friendly, he said "the other silver lining is the states have also become extremely competitive and more investment-friendly".

On the need for more cooperation between the BRICS nations (Brazil, Russia, India, China and South Africa), he noted that even though it has improved in the past there is still room for more periodic meetings to expand the areas of cooperation within the five-nation bloc.

"We now have a BRICS institution in the form of the New Development Bank and in a remarkably short period of time it has initiated its own projects which it is funding. A contingency reserves arrangement is in place now and there is going to be increased cooperation in the area of customs and taxation," Jaitley said.

He also said the grouping has on its agenda many more proposals such as a rating agency and a research institution.

The BRICS nations also are facing many challenges, he said, adding that together they represent over 40 per cent of the global population, a large portion of global GDP and a significant part of FDI flows from each other.