The high-power electric locomotive was today rolled out from the railway factory here, over 10 years after the project was approved. Prime Minister Narendra Modi flagged off the 12,000-horsepower freight electric locomotive assembled at the Madhepura factory. 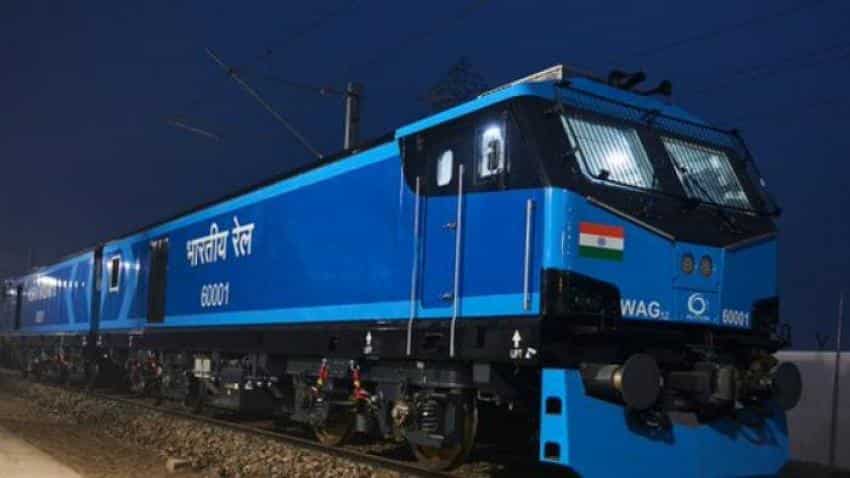 The high-power electric locomotive was today rolled out from the railway factory here, over 10 years after the project was approved. Image source: Twitter
Written By: PTI
RELATED NEWS

A 15-minute documentary chronicling the life of India's first electric locomotive and its impact on the lives of people in this backward district of Bihar will be out next month. Madhepura chugged its way into limelight when former railway minister Lalu Prasad Yadav chose it as the location for the country's first electric locomotive factory, a joint venture of French manufacturing firm Alstom and Indian Railways.

The high-power electric locomotive was today rolled out from the railway factory here, over 10 years after the project was approved. Prime Minister Narendra Modi flagged off the 12,000-horsepower freight electric locomotive assembled at the Madhepura factory. He said the Madhepura factory was important for two reasons--"Firstly, this is a glowing example of 'Make in India' and second, this factory is becoming a medium of generating employment in this area".

Talking about the project, Alain Spohr, Managing Director, India and South Asia, Alstom noted, our key focus is developing skills, capability and giving employment. We are partnering with schools and colleges. Eventually, we plan to employ around 5,000 locals in the plant over the years".

The French firm has plans to adopt an Industrial Training Institute (ITI) here to provide skill development to 840 students over the next 10 years. Of these, 300 students will be absorbed by Alstom for apprenticeship programmes within the facility.

While the locomotive made of 2,500 components has a 'Make in India' quotient of around 55 -65 per cent, it is likely to reach around 90 per cent at the end of next year.

We are meeting vendors tomorrow in order to see how we can increase supplies domestically, Spohr said.

The documentary being made by Bangalore-based event management and advertising firm, Stir, is divided into three parts social aspect of the factory i.e. Villages, teachers and doctors who brought in change; the technology and the 250-acre facility; and the Make in India aspect.

It was exhaustive and difficult. When we started, women would not talk to us. We faced resistance because they did not understand our equipment and there was a general reluctance. This was a whole new world for them, and also a learning experience for me, said Soumik Ghatak, a videographer with Stir, who made repeated visits to Madhepura since the outer shell of the loco arrived from Belford, France in October, 2017.

Each of these WAG12' double section locomotive, part of Alstom's Prima locomotives family, is capable of hauling 6,000 tonnes at a maximum speed of 120 km/h, thanks to its 12,000 horsepower (HP) - allowing faster and safer movement of heavier freight trains across the country.

The electric locomotives will eventually move to the testing and maintenance depot at Saharanpur in Uttar Pradesh before being introduced to the mainline network as part of the freight fleet.

The locomotive was completed, on schedule, in February, 2018, while the second locomotive will roll out in 2019.

We are confident that this facility will pave the way for industrial development in Bihar and will act as a gateway of opportunities for this region, Sophr said.