The anti-profiteering watchdog had ordered the probe in May after company admitted to having accrued gains post rate cuts. 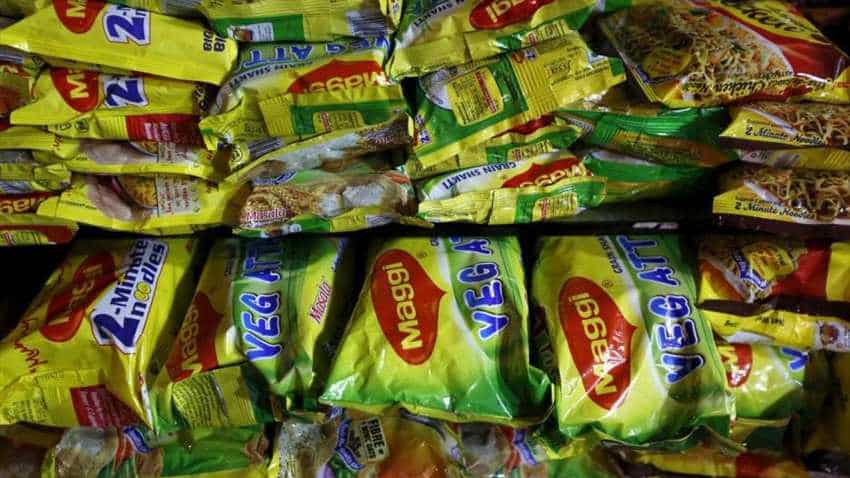 The anti-profiteering watchdog had ordered the probe in May after Nestle admitted to having accrued gains post rate cuts. (Photo: Reuters)
Written By: Anjul Tomar
RELATED NEWS

The Director General of Anti-Profiteering (DGAP) has alleged that the fast moving consumer goods (FMCG) major Nestle has deprived customers of goods and services tax (GST) cuts of Rs 98 crore, according to sources. The DGAP last week submitted the investigation report to the National Anti-Profiteering Authority (NAA), the apex anti-profiteering body functioning under Ministry of Finance. The NAA will now hear the parties and come up with a final order in three months.

On its part, Nestle India spokesperson, in an e-mail reply, said “While the company had taken appropriate measures to pass on commensurate benefits to our consumers, in situations where the benefit could not be passed on instantly by reduction in maximum retail price or increase in grammage, the amount was set aside to be subsequently passed on and was not reckoned either in sales or in profit”.

However, a source said, “The investigation reveals that the company did not pass on the benefits of the tax cuts to consumers by way of commensurate reduction in the prices of over 300 product." The GST Council had reduced the rates on a large number of confectionery and FMCG items by as high as 10% in November, 2017, and January this year, respectively.

Products where prices were not brought down in line with the GST rate cuts span food, confectionery, dairy and nutrition portfolio segments, as per sources. “In many cases, the prices were not reduced uniformly across all packet sizes. For example, the benefit accrued on a small packet was passed on to consumer by reducing the price of the bigger packet in the same category of product,” a source said.

As per rule 171 of the Central GST Act (CGST), 2017, any reduction in rate of tax on any supply of goods or services or the benefit of input tax credit shall be passed on to the recipient by way of commensurate reduction in prices.

The anti-profiteering watchdog had ordered the probe in May after Nestle admitted to having accrued gains post rate cuts. Earlier, the company had voluntarily offered to deposit a sum of Rs 15 crore as a compensatory measure for not passing on the benefits to consumers immediately at the time of GST rate reduction. The amount was deposited in the Consumer Welfare Fund. The company spokesperson revealed, “While we were in the process of taking the next steps to pass on the benefits to consumers, we had a discussion with the NAA, which was cordial and constructive and we decided to deposit, suo moto, the amount which was set aside”.