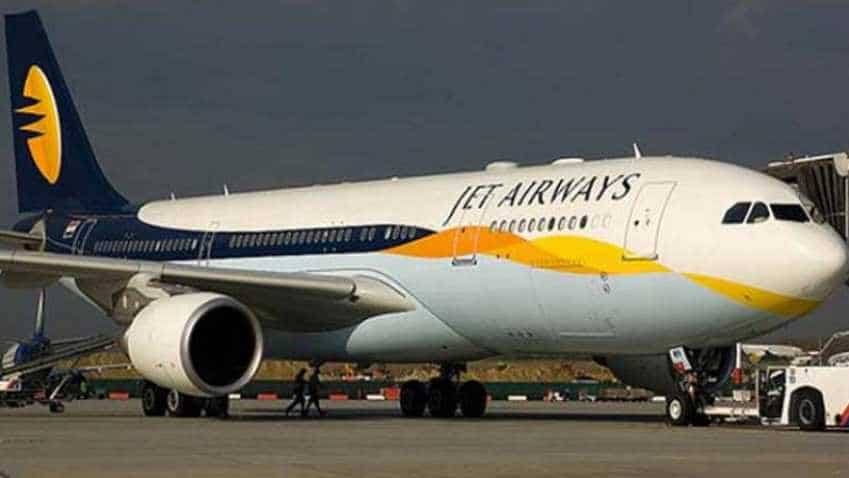 Aviation regulator DGCA is assessing the "health" of cash-crunched Jet Airways on a fortnightly basis following a financial audit of the carrier in August this year. Source: PTI
Written By: PTI
RELATED NEWS

Aviation regulator DGCA is assessing the "health" of cash-crunched Jet Airways on a fortnightly basis following a financial audit of the carrier in August this year, a senior official said Wednesday. As part of this exercise, which is carried out under a particular provision of a civil aviation requirement (CAR), various aspects of the airline's functioning, including aircraft maintenance, are being looked at from the safety point of view, the official said.

"The health of Jet Airways is being monitored every 15 days. This is being done as per a CAR and the exercise started four to five months ago," a senior Directorate General of Civil Aviation (DGCA) official said.

The NRI Naresh Goyal-promoted private carrier is grappling with significant financial distress in the face of three back-to-back quarterly losses, which have resulted in cash drought and subsequently default on payments to aircraft lessors and a section of staff, among others.

"During the monitoring, various aspects from the view point of safety are looked at. This includes assessing whether the airline is able to maintain its aircraft and schedule," official added. The UAE national carrier Etihad Airways holds 24 per cent stake in Jet Airways, which it acquired in 2013.

Notably, in late August the DGCA had carried out a financial audit of Jet Airways to assess its fiscal health and ensure that the carrier was not compromising on safety due to financial stress. With a net debt of Rs 8,052 crore as on September 30, and losses in excess of over Rs 1,000 crore each in the last three quarters, airline is working on ways to raise funds and reduce costs.

Last month, Jet Airways Chief Executive Officer Vinay Dube had said the airline was in active discussions with various investors to secure sustainable financing. As part of this, besides its on-going negotiations with Etihad, the airline also had "preliminary" level discussions with the Tata group in the recent past.

At the same time, SBI, the largest lender to Jet Airways, has ordered for a "forensic" audit of Jet Airways books between April 2014 and March 2018 for alleged financial irregularities.
The forensic audit is being carried out by EY.