Aviation watchdog DGCA is monitoring on a daily basis the performance of Boeing 737 MAX aircraft apart from putting in place various measures to ensure there are no safety issues. 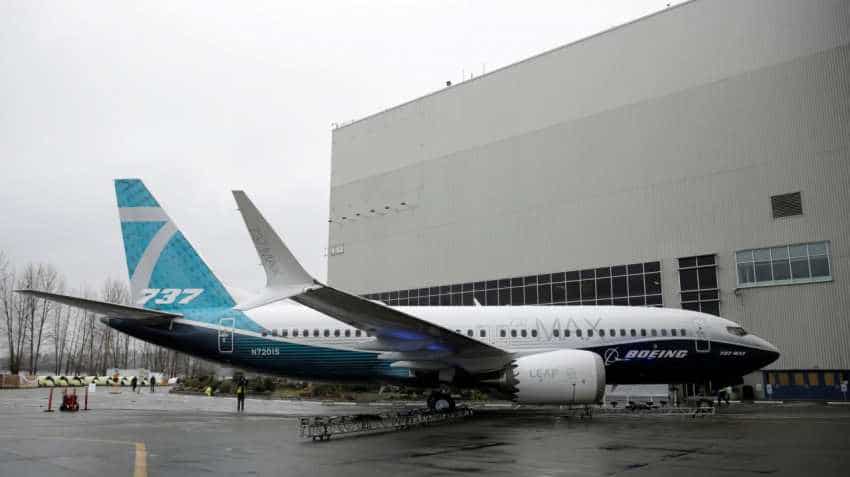 Aviation watchdog DGCA is monitoring on a daily basis the performance of Boeing 737 MAX aircraft. Source: Reuters
Written By: PTI

Aviation watchdog DGCA is monitoring on a daily basis the performance of Boeing 737 MAX aircraft apart from putting in place various measures to ensure there are no safety issues with these planes being operated in India, a senior official said Wednesday.

The Directorate General of Civil Aviation (DGCA) has been keeping a close watch on Boeing 737 MAX aircraft -- operated by Jet Airways and SpiceJet -- in the wake of such a plane crashing in Indonesia in October.

Currently, there are 10 Boeing 737 MAX planes that are operating in the country. Apart from daily monitoring, the airlines have been asked to immediately report any "abnormal" issues related to the plane's Manoeuvring Characteristics Augmentation System (MCAS), the regulatory official said.

MCAS is a kind of stall-recovery system that is used in Boeing 737 MAX aircraft and generally alerts the pilot in case there is stalling of the plane or fall in speed, among others. The official also made it clear that so far there has been no issues with these planes operating in the country.

The airlines have also been asked to keep a record of steps carried out with respect to MCAS and land at the nearest airport if they come across any issues with the system while flying, DGCA officials said.
According to them, a training module is also being developed for pilots operating the MAX planes.

In case, issues with MCAS have been noticed and later rectified, then that particular MAX aircraft would have to take a "verification flight" before that plane is brought back into normal operations, the officials said.

One of the DGCA officials said the measures have been decided upon after discussions with the airlines concerned. Following the crash of a MAX plane operated by Indonesia's Lion Air in October, the US watchdog Federal Aviation Administration (FAA) and Boeing had issued advisories.

Later, in November, the DGCA asked Jet Airways and SpiceJet to take corrective action to address possible issues with their Boeing 737 MAX planes that could lead to "significant altitude loss" of the aircraft.

"Both the documents (advisories) address erroneous high 'angle of attack' (AOA) sensor input and corrective action for the same as it has potential for repeated nose-down trim commands of horizontal stabiliser," a senior DGCA official said in November.