In a major development, Prime Minister Narendra Modi on Sunday laid the Foundation Stone of two hospitals and launched ‘Asom Mala’, a programme for state highways and major district roads, at Dhekiajuli in Sonitpur District, Assam. 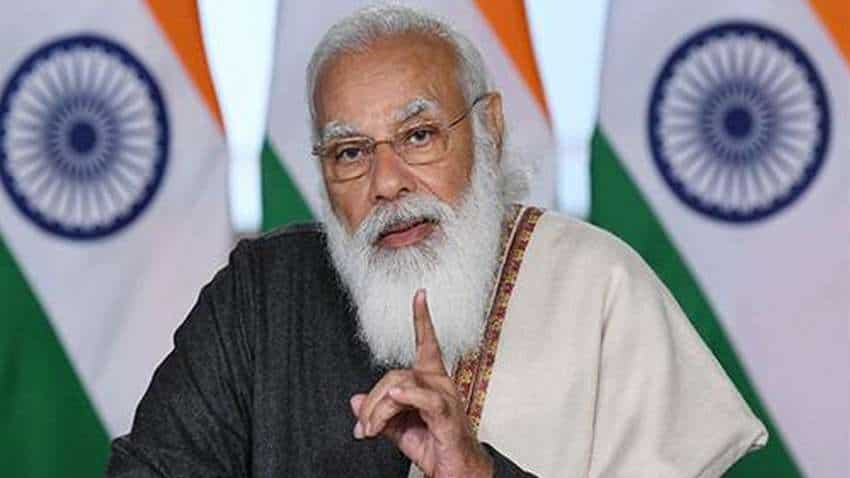 The Prime Minister said that leaving behind the legacy of violence, deprivation, tension, discrimination and struggle, today, entire Northeast is moving forward on the path of development and Assam is playing a key role in this. PIB pic.
Written By: Prashant Singh
RELATED NEWS

Speaking on the occasion, the Prime Minister expressed his gratitude for the affection shown by the people of Assam for him. He lauded the Assam Chief Minister Sarbananda Sonowal and Minister Himanta Biswas, Chief of Bodoland Territorial Region Shri Pramod Boro and the state government for their role in the service and rapid progress of Assam. He also recalled the glorious history of resistance by the region in the face of invaders and sacrifice of the martyrs for the tri-colour in 1942.

The Prime Minister said that leaving behind the legacy of violence, deprivation, tension, discrimination and struggle, today, entire Northeast is moving forward on the path of development and Assam is playing a key role in this.

Modi noted that after historical Bodo accord, recent elections of Bodoland territorial council has written a new chapter of development and trust in the region. “This day bears testimony to a significant change in the fortune and future of Assam as Assam is getting the gift of two new medical colleges in  Biswanath and Charaideo and foundation of modern infrastructure is being laid through Asom Mala”, said the Prime Minister.

Recalling the poor state of the medical infrastructure in the state in the past, the Prime Minister said that Assam had only 6 medical colleges in the period from independence to 2016, whereas work on 6 new medical colleges has been initiated in last 5 years only.  Biswanath and Charaideo colleges will cater to north and upper Assam.

Similarly, in the backdrop of just 725 medical seats in the state, 1600 new doctors will come out every year once these new medical colleges get operational. This will significantly improve medical facilities in far-flung areas of the state. The Prime Minister also informed that work on Guwahati AIIMS is progressing at rapid pace and first batch has started in the institute. The work on the AIIMS will be over in next one and half-two years. Referring to historical apathy towards Assam’s problem, The Prime Minister asserted that the current Government is working for the people of Assam with full dedication.