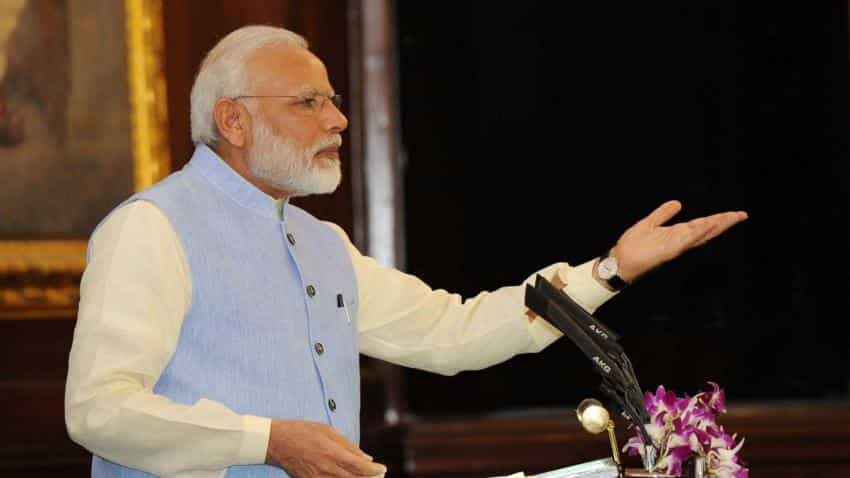 In one case, a company which had a negative opening balance on November 8, 2016, deposited and withdrew Rs 2,484 crore post demonetisation, it added. Image Source: IANS
Written By: PTI
RELATED NEWS

Cash deposits worth over Rs 17,000 crore were made and later withdrawn post demonetisation by as many as 35,000 companies, which are now deregistered, the government said today.

As it steps up the fight against illicit fund flows, so far names of around 2.24 lakh companies that have been inactive for long have been struck off from the official records and 3.09 lakh directors have been disqualified.

To keep a tab on dummy directors being appointed to the boards of corporates, work is on to put in place a mechanism wherein new applications for directorship would be linked with PAN and Aadhaar numbers of the individual concerned.

Stating that around 2.24 lakh companies have been struck off till date for remaining inactive for two years or more, an official release said restrictions have been imposed on operation of their bank accounts as well as on sale and transfer of their properties.

"Preliminary enquiry on the basis of information received from 56 banks in respect of 35,000 companies involving 58,000 accounts has revealed that an amount of over Rs 17,000 crore was deposited and withdrawn post demonetisation," the release said.

In one case, a company which had a negative opening balance on November 8, 2016, deposited and withdrew Rs 2,484 crore post demonetisation, it added.

According to the government, one company was having as many as 2,134 accounts.

The information regarding such firms have been shared with enforcement authorities for further action.

With respect to deregistered companies, state governments have been advised to disallow registration of properties of such entities.

The government has initiated steps to disqualify directors who are on the boards of the companies that failed to file annual returns for three financial years -- 2013-14 to 2015-16.

While noting that about 3.09 lakh directors have been affected by the action, the government said preliminary enquiry has shown that over 3,000 disqualified directors are "directors in more than 20 companies each, which is beyond the limit prescribed under the law".

"With a view to checking the problem of dummy directors, action is underway to seed DIN with PAN and Aadhaar at the stage of DIN application through biometric matching for new applications. The same may be extended to legacy data in due course," the release said.

Director Identification Number (DIN) is a unique number assigned to an individual under the Companies Act that allows him or her to serve as a director on the board of a company.

"A high level committee has been constituted for suggesting revamp of the disciplinary systems for chartered accountants, company secretaries and cost accountants.

Also, an 'Early Warning System' would be developed under the Serious Fraud Investigation Office (SFIO).

The Prime Minister's Office has also constituted a Special Task Force under the joint chairmanship of Revenue Secretary and Corporate Affairs Secretary to oversee the drive against such defaulting companies.

The task force has met five times so far, the release said.