It is necessary to understand the global conditions and everyone is aware of what is happening in India. There was confusion in Europe between October and November after which there were Christmas holidays. 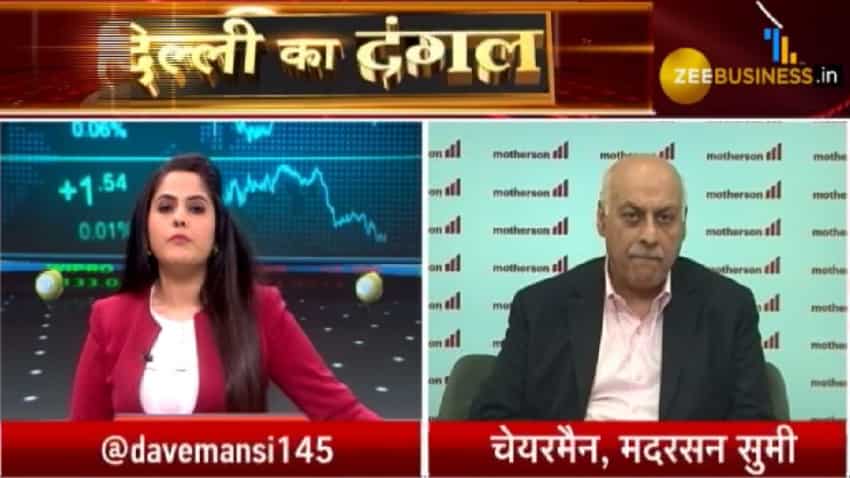 Vivek Chaand Sehgal, Chairman, Motherson Sumi Systems Limited, talks about the performance in December quarter, impact of coronavirus and opportunities for domestic auto ancillary sector among others during a talk with Mansee Dave, Zee Business. Excerpts:

Q: Numbers are below estimates and fall was seen on the front of margins and profit. Can you tell us the pressure area that had an impact on the numbers?

A: It is necessary to understand the global conditions and everyone is aware of what is happening in India. There was confusion in Europe between October and November after which there were Christmas holidays. Likewise, the demand has remained normal in the US and other countries. But there are two things that provide certain visibility to Motherson and they are (i) We have acquired an asset in Brazil, which had an impact of around Rs40 crore and (ii) Depreciation of Euro against Dollar had an impact on Rupee. If you convert it into rupee then it had an impact of around 4-4.50%. And, when seen in the terms of Euro then SMP and SMRPBV have seen a flattish growth. Presence of several currencies creates confusion. But, I think that our team has performed well under the prevailing conditions across the globe.

Q: Coronavirus had led to a complete shutdown in China. Will it have an impact on the Q4 numbers?

A: Yes, the impact can be seen in China in the fourth quarter. Factories were supposed to start its operation today but the plan has been postponed by a week. I am not quite worried about China as we don't export that country and just have domestic consumption in the country. Failure to have a control on this virus will have its impact at the global level in almost everything. I feel the fourth quarter will be an average or medium one if they succeed in controlling the virus.

Besides, the Indian consumers are bit confused due to the presence of BS-IV and BS-VI and in the selection, in the type of vehicle, they should have. This confusion will continue further but I think the demand will be seen in the first quarter of the next fiscal year (FY21) as the confusion will come to an end from April 1, 2020. Similarly, green shoots are visible in the US and Europe and people have started buying vehicles.

Q: Do you see any opportunity from the domestic auto ancillary sector?

A: Of course opportunities are available but it is a long term opportunity not a short term one because depending too much on one country can be a mistake, globally. I think several things will move out from China is a long term may be to India or Vietnam or Cambodia or Korea or some other nation. But being dependent on a single country can be a difficult task. Hopefully, you will get an opportunity, likely in next one year, in which Indian auto ancillaries will get the opportunity to ramp-up themselves and reach the global position.

Q: As you said that some green shoots are available at the demand level. So let us know about the current order book of the company?

A: We have an order book of 18.2 billion Euros and the complete detail of the order book can be provided in the next quarter.

Q: Lastly, update us on the expansion plans and CapEx of Motherson Sumi?

A: The good news is that we are prepared for the order book and our CapEx has been made.