Delhi had more "severe" days in the first two weeks of November compared with last year, when the air quality index soared above 400 on a scale of 500, official data compiled by Reuters showed. On Nov. 3 it averaged 494 for the day. 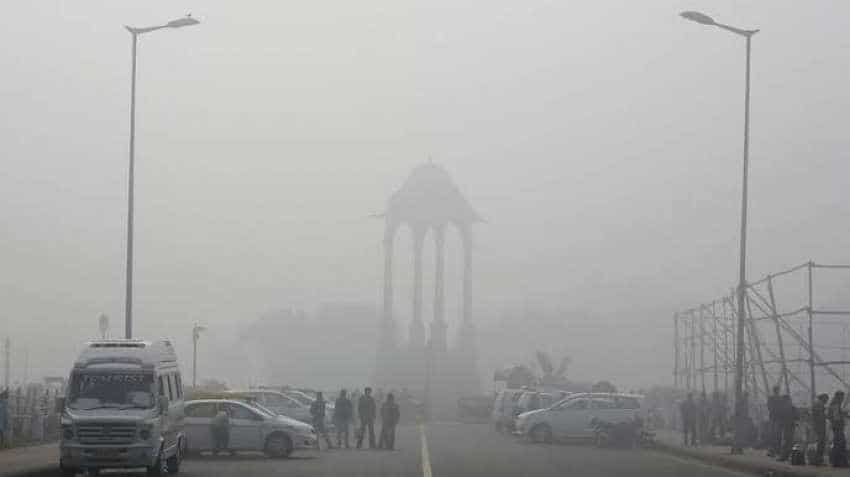 India`s capital Delhi was shrouded in a deeper cover of toxic smoke on Thursday, as data showed that Prime Minister Narendra Modi`s pledge to stamp out the burning of crop stubble in neighbouring states is not working.

Schools in the Delhi area were ordered to close on Thursday and Friday as the city`s air quality index hit a dangerously high 474 on a scale of 500, indicating possible serious respiratory risks for the general public, according to data from government pollution monitor SAFAR.

Incidents of crop straw and stubble burning across Delhi`s neighbouring states soared to 48,689 between Sept. 23 and Nov. 13, a 9% increase over last year, according to data from SAFAR, seen by Reuters.

The smoke from fields in neighbouring Punjab and Haryana states account for nearly a quarter of Delhi`s winter air pollution.

The government had prioritised stamping out the practice of burning crop stubble and bringing it down by 70% by this year.

But despite offering subsidies of up to 80% on machines to mulch crop straw, poor implementation has given farmers leeway to torch their fields.

Delhi had more "severe" days in the first two weeks of November compared with last year, when the air quality index soared above 400 on a scale of 500, official data compiled by Reuters showed. On Nov. 3 it averaged 494 for the day.

Air quality at "severe" levels can seriously impact those with existing diseases and also affect healthy people, according to government guidance.

"It is a national health emergency the kind no country has ever known before that is gravely affecting hundreds of millions of Indians," prominent historian on the environment and columnist Ramachandra Guha told Reuters. The greater Delhi area is home to 20 million people but Guha says up to 200 million people could be affected by the smog.

About 1,000 children ran a race in Delhi in the early hours of Thursday, despite the thick toxic smog.

Prime Minister Modi has not spoken about the crisis even though he frequently takes to Twitter to promote his priorities.

"The fact is that the prime minister has been shockingly silent about a major national health catastrophe. His silence, in my view, is unconscionable," Guha told Reuters.

The city government has already restricted private cars until Nov. 15 with an "odd-even" system, banning them on alternate days based on licence plate numbers.