Train services on a section of the Delhi Metro's Blue Line were regulated for a few hours on Monday as a portion of the signalling cable was stolen, authorities said 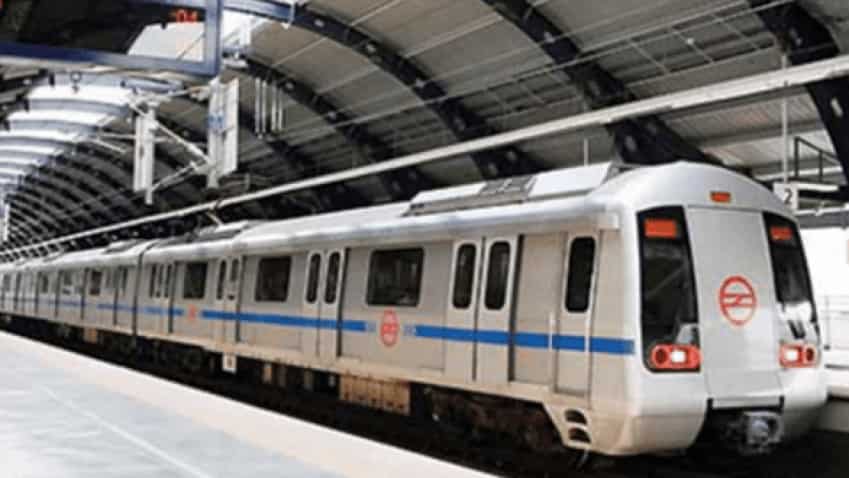 Normal movement of trains was restored on the affected section.Photo:Reuters
Written By: PTI
RELATED NEWS

Train services on a section of the Delhi Metro's Blue Line were regulated for a few hours on Monday as a portion of the signalling cable was stolen, authorities said.

The services were regulated from their start till 11:30 am between Dwarka and Dwarka Sec-21 stations.

"This was necessitated to re-lay a portion of signalling cable (approximately 25 m) which was found to be stolen and also to repair another portion (around 13 m) nearby which bore cut marks," the Delhi Metro Rail Corporation (DMRC) said in a statement.

Some miscreants had cut and stolen these signalling cables on the up section of the Blue Line between Dwarka Sec-9 and Dwarka Sec-10 stations on the intervening night of March 15 and 16, it said.

"This resulted in multiple track circuit drop (signalling issue) in this section, restricting trains to move in manual mode with limited speed of up to 25 kmph only.

"To undertake the immediate restoration of cables or signalling in this section, trains were run on single line (down line) between Dwarka Sec-9 to Dwarka Sec-12 stations of the Blue line till 11:30 am, resulting in bunching of trains during peak hours and delay on the Dwarka-Dwarka Sec-21 section," it added.

Subsequently, the DMRC said, normal movement of trains was restored on the affected section.

"The theft of these cables is a matter of grave concern for the DMRC which it has been facing for quite some time now. The miscreants, despite all the preventive measures put in place by DMRC, somehow manage to enter the premises putting their lives at risk to steal these cables for petty gains," it said.

"The DMRC lodges the FIR in such cases and breakthroughs have also been made in the past by the police. However, in recent times such incidents have witnessed a spurt with 14-15 such cases reported on Airport Line alone in the month of February 2020," it said.