The rain, which started around 5.30 p.m. and increased around 6 p.m., led to a traffic jam on the stretch near the crossing. 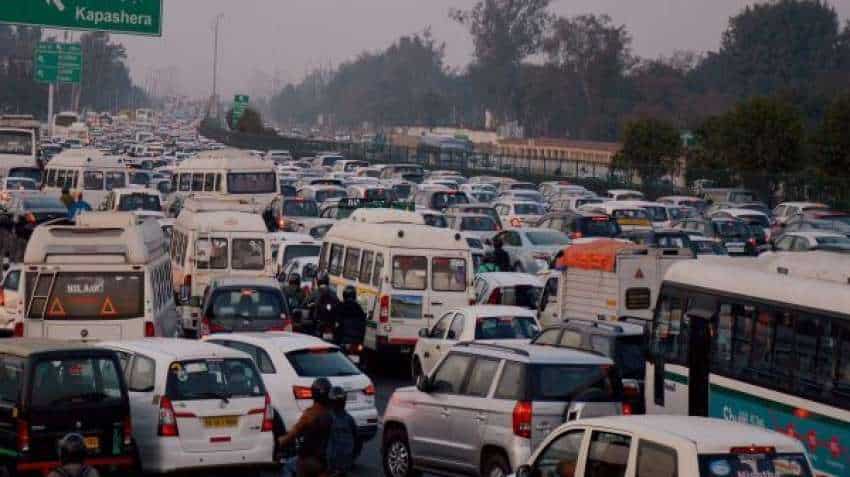 Several vehicles were stranded due to water logging on the stretch as the Badhshahpur drain overflowed.Image source: PTI
Written By: IANS

Traffic movement on the Delhi-Gurugram expressway, which is part of the Delhi-Jaipur highway, was badly hit near the Hero Honda crossing after brief spell of pre-monsoon rainfall on Wednesday, said irate persons trapped there.

The rain, which started around 5.30 p.m. and increased around 6 p.m., led to a traffic jam on the stretch near the crossing.

"Though there was less standing water at the Hero Honda chowk, it led to a long traffic jam near the Khandsa village, close to Badshahspur drain that passes through the villages including Khandsa," a passer-by told IANS.

"There was a huge traffic jam on both sides of the Delhi-Gurugram expressway from Delhi to Jaipur and vice versa, but there was nobody to respond to our problems," said Dharamveer Yadav, who was heading from his office in Sector 10 to his house in Shikhopur near the expressway.

"Several vehicles were stranded due to water logging on the stretch as the Badhshahpur drain overflowed," Yadav told IANS.

Situation was as miserable in last few years when the NH 8 (now NH 48) was blocked due to the overflow of Badhshahpur drain on the Hero Honda crossing.

People say that government has done too little and too late to tackle the problem.

Asked to comment, the Gurugram traffic police said they have been on their duty.