Manish Sisodia described Kashmere Gate as an "incubation centre" for universities, saying it is a coincidence that several varsities, which were based in the area, are now moving to bigger campuses. The deputy chief minister was speaking at the first convocation of the Indira Gandhi Delhi Technical University for Women. 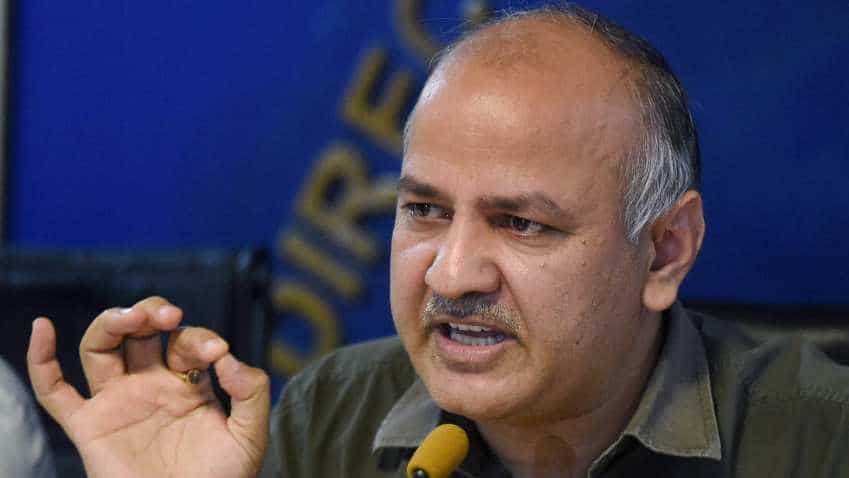 BPCL to provide grants and investments to 2 startup ventures

He also described Kashmere Gate as an "incubation centre" for universities, saying it is a coincidence that several varsities, which were based in the area, are now moving to bigger campuses. The deputy chief minister was speaking at the first convocation of the Indira Gandhi Delhi Technical University for Women.

He used the occasion to request Delhi Lieutenant Governor Anil Baijal to provide a bigger land for the varsity. Baijal, the chancellor of the university, assured him that he will try his best in this regard.

"We had launched the 'happiness curriculum' in government schools. Now we will launch the entrepreneurship curriculum from the next session onwards for secondary and senior secondary students.

"We need to instill confidence among our children in school right from the beginning of secondary education that after completing their education, they should aspire to be job givers and not job seekers," Sisodia said.

He explained that after at least 15 years of formal education, if a large number of the youth are not confident of creating something new, which can give them gainful return and add value to the economy, then as a society "we are failing to nurture their full potential".

Sisodia said, barring a few exceptions, once a child completes elementary schooling and joins the secondary classes, his entire orientation, which is largely shaped by the teachers and parents, is to secure good marks in exams, get admission in a good college and get a job with decent pay package.

This is considered a trajectory of success and anyone who either secures less marks or fails to join college or fails to secure a job is deemed as "unsuccessful", he said. "This trajectory is obsolete in today's day and age when new ideas and technologies are driving our way of life. If our schools and colleges continue to churn out batches of students who are going to join the queue with the mindset of job seekers we will soon be left with very small number of job givers," Sisodia said.

He said the entrepreneurship curriculum will be for students of classes 9 to 12 with the vision that every child should have the confidence of being ?creator rather than just being a consumer".

"The curriculum shall be based on a four-fold framework-- inspire through stories and case studies of entrepreneurial journeys, educate through self designed micro research, involve through local community and facilitate by supporting in developing ideas into projects," said Sisodia, who also holds the education portfolio.

To take this idea forward, he has directed the secretary education to set up a high-powered working group having senior faculties from SCERT/DIET, school principals and individuals having domain expertise as members.

"SCERT Delhi will organise a conference in January where it will invite organisations and individuals to present their ideas for the design of the entrepreneurship curriculum as per the framework of the government to a working group.

"Based on the inputs received, the pilot curriculum shall be rolled out from April 2019 onwards," Sisodia said.
He said they will try and ensure they take it to private schools as well.

In the convocation, as many as 1,161 students, comprising 504 undergraduates, 656 post graduates and one doctorate, were awarded degrees.

Baijal congratulated the students and also suggested that entrepreneurs should be supported by the government when they start out. 'Metro man' E Sreedharan was the chief guest at the event. He said the future of the country lies in the hands of engineers and technocrats and not politicians.

BPCL to provide grants and investments to 2 startup ventures