Delhi airport runway shut for repair, airfares to go up

The partial runway closure and subsequent cancellation of flights at the Delhi airport have led to a sharp rise in last-minute average fares with rates on some key sectors shooting up to 86 per cent amid high weekend travel demand, industry experts claimed Friday. 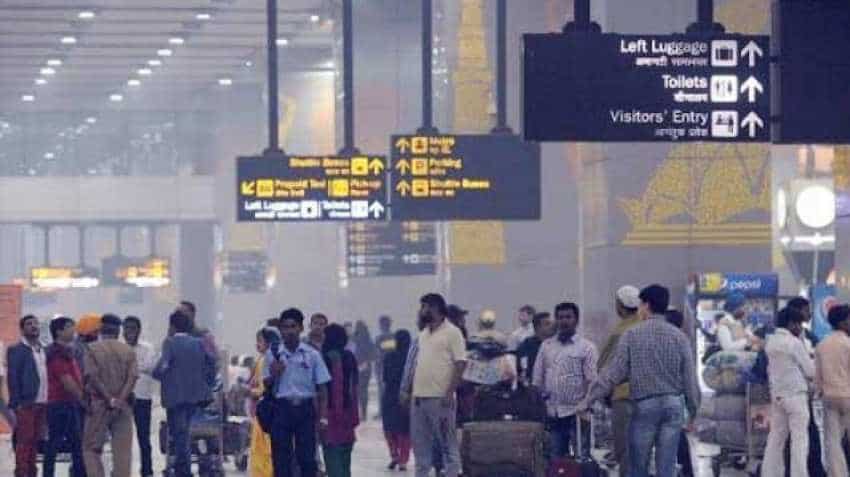 The partial runway closure and subsequent cancellation of flights at the Delhi airport have led to a sharp rise in last-minute average fares with rates on some key sectors shooting up to 86 per cent amid high weekend travel demand, industry experts claimed Friday.

There was an increase in fares from Delhi to Mumbai, Bengaluru, Hyderabad, Kolkata, Chennai and other destinations for the next one week, especially (November 16-19). While the fare for a Delhi-Bengaluru flight on normal days stand around Rs 11,044, for travel on Saturday (November 17), it stood at Rs 13,702 on average, according to the data by travel portal Ixigo.

One travelling to Mumbai from the national capital on Saturday would have to spend Rs 11,060 as against Rs 9,228 on normal days, as per the portal. The cancellation of flights from the Delhi airport due to the closure of the runway (09/27) has led to an increase in fares for the next one week, said Aloke Bajpai, chief executive and co-founder, Ixigo.

"Another contributing factor is the high travel demand over the upcoming weekend. We have seen an average increase of 86 per cent in air fares for flights from Delhi to key routes such as Mumbai, Bangalore, Hyderabad, Kolkata and Chennai," Bajpai said.

Besides 09/27, the Delhi airport has two more runways -- 11/29 and 10/28 -- which remain operational. The three runways together handle 1,300 flights per day. Tagged as the busiest airport in the country, the Indira Gandhi International Airport (IGIA) handled 63.5 million passengers in the fiscal ended March 2018.

"The closure of a runway at Delhi for a brief period has disrupted flight schedules and have led to a reduction in the number of flights from the city. This has led to an increase in airfares for the next ten days," said John Nair, head of business Travel, Cox & Kings.

Though spot fares to key destinations such as Delhi- Mumbai, Delhi-Kolkata and Delhi-Bangalore have gone up by 30- 40 per cent, those who booked early grabbed the cheap deals that were available in the market, he added.