"In comparison, in the earlier phases, DMRC was able to acquire the land needed for the project reasonably smoothly under the provision of the Land Acquisition Act, 1894 with the help of the state government and good judicial support. DMRC, thus had to acquire private land in Phase 3 through direct negotiation with individual landowners which was a difficult and time-consuming process," he said. 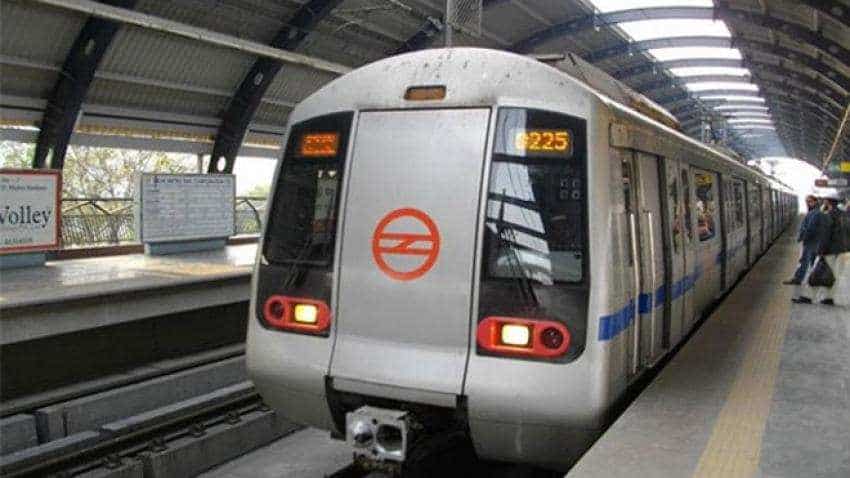 Delays in acquiring land, getting No-Objection Certificates besides other unanticipated hurdles plagued the third phase of Delhi Metro project, leading to time overrun in expansion of the national capital`s modern transport system. The phase III of the project was scheduled to start in May 2011 but first construction could begin only in January 2012 and a small section still remains unfinished. It is likely to be completed by the year-end. Unlike this phase, land acquisition for the first phase of the Metro project posed no problem and was carried out smoothly.

Among the challenges, a major one was land acquisition since the new Land Acquisition Act was in place during this phase of the project which made it extremely difficult to acquire land as the machinery to be put in place to implement this act was still not in place and compensation levels were also expected to be much higher, said Anuj Dayal, Executive Director of the Delhi Metro Rail Corporation (DMRC). "In comparison, in the earlier phases, DMRC was able to acquire the land needed for the project reasonably smoothly under the provision of the Land Acquisition Act, 1894 with the help of the state government and good judicial support. DMRC, thus had to acquire private land in Phase 3 through direct negotiation with individual landowners which was a difficult and time-consuming process," he said.

Dayal said land acquisition issues have often delayed Delhi Metro`s pace of work, but the DMRC team has always worked hard to make up for the lost time and completed its projects within schedule.A Initially, the third phase of the Delhi Metro project was supposed to be only 103 km long but gradually its size increased with the Metro going to various parts of the National Capital Region (NCR), including Bahadurgarh, Ghaziabad, Noida, Ballabhgarh, among others, which made the whole project about 160 kms in length, he said. "On multiple stretches, land could not be acquired and the contractors could not begin work. There were stretches where the necessary land for construction work could not be arranged on time. These areas were the Chirag Delhi Metro station and the Kalindi Kunj depot," Dayal said.

A similar issue was also faced at the Okhla NSIC Metro station where it took a delay of about two years in acquiring the land. "Initially, the Okhla NSIC station was part of a package of six elevated stations from Okhla NSIC till Kalindi Kunj. However, work began on all other stretches in December, 2012 while the Okhla NSIC station`s work could not be started due to land acquisition delays. Therefore, when the land could be acquired two years later, it was brought out of the purview of the earlier contract package and a separate exclusive tender for this station was floated." The location where the station is located had a few handloom and artefact factories. There were about six occupants who ran their businesses from that location.A

"The occupants (both owners and tenants) of that area were convinced that an additional floor would be erected above the station premises and they would be allotted space there (though only on payment of the construction cost). This decision also helped a lot in avoiding lengthy legal hassles and at least the construction work could be started," he added. "All these corridors, in public perception, were always seen as part of Phase 3, though many of these extensions were sanctioned in the later stages. Thus seen in an overall perspective, the volume of work involved in Phase 3 actually almost equalled the total work which was done by the DMRC in phases 1 and 2 put together in 12 and a half years," he said.

On the Janakpuri West-Botanical Garden Corridor also, unavailability of land posed a hurdle in completion of work. Talking about the 9.37 kilometer long Central Secretariat - Kashmere Gate corridor, one of the first corridors of Phase 3 on which work began in May 2011, Dayal said the corridor was completely underground with seven stations -- namely; Janpath, Mandi House, ITO, Delhi Gate, Jama Masjid, Lal Qila and Kashmere Gate. "This corridor is also called the Heritage Line because it is passing through that part of Delhi which has a rich historical background with lots of heritage monuments that were witness to its splendour in bygone days. Some of the monuments falling alongside its `alignment are Jantar Mantar, Ugrasen ki Baoli, Khooni Darwaza, Delhi Gate, Firoze Shah Kotla, Shahi Sunehri Masjid, Lal Qila and Jama Masjid."

He said this smallest stretch of Phase 3 was filled with the maximum number of challenges of every kind. Some problems were so unique, which DMRC engineers had neither anticipated nor faced before. Goyal termed Janpath station a challenge, "since the station was situated adjacent to the extremely popular and busy Tibetan Market at Janpath."

"Tunnelling close to the Heritage sites like Jantar Mantar and beneath a crowded market like Janpath was extremely challenging. The Corridor was passing beneath important buildings like the Eastern and Western Courts, Nepal Embassy and American Center." Between ITO and Delhi Gate section, he said, the first major challenge of this section was the presence of the 16-century old historical monument `Khooni Darwaza`, constructed by Sher Shah Suri, the then ruler of Delhi. It is located just half a kilometre from Delhi Gate.

"Since the DMRC tunnel was passing close to this monument, DMRC conducted 24 hours real-time monitoring during tunnelling in that area. The upline was 17 meters from the monument while the downline was 30 meters from the monument. The Downline tunnelled through soft soil and achieved its breakthrough in March 2014 after constructing 864 meters of the tunnel. "The Upline, on the other hand, encountered Sudden Hard Rock and it stopped. A team from China was called to break the rock from inside the chamber of the tunnel, but this exercise was unsuccessful," Dayal said adding that the DMRC then employed a Pipe Pushing Technique.

In Old Daryaganj area, with a number of dilapidated buildings and structures, the DMRC had to put up vertical supports in all structures during the tunnelling process.

"People also had to be evacuated from these buildings in a phase-wise manner as a precautionary measure. The people had to be evacuated twice during tunnelling on both the tunnels. A total of 2,000 people were evacuated with around 650 people evacuated in a single go. They were put up in various guest houses situated in the nearby areas and DMRC paid for their lodging and food expenses. DMRC also repaired and restored their houses before shifting the residents back. Shifting people was an extremely stupendous task as they had to be convinced and satisfied fully before they agreed to do this," Dayal said.