The 15th finance commission chairman NK Singh Thursday said the panel is embarking on a prudential measure of reconciling all publicly available data and arrive at the best conclusion. 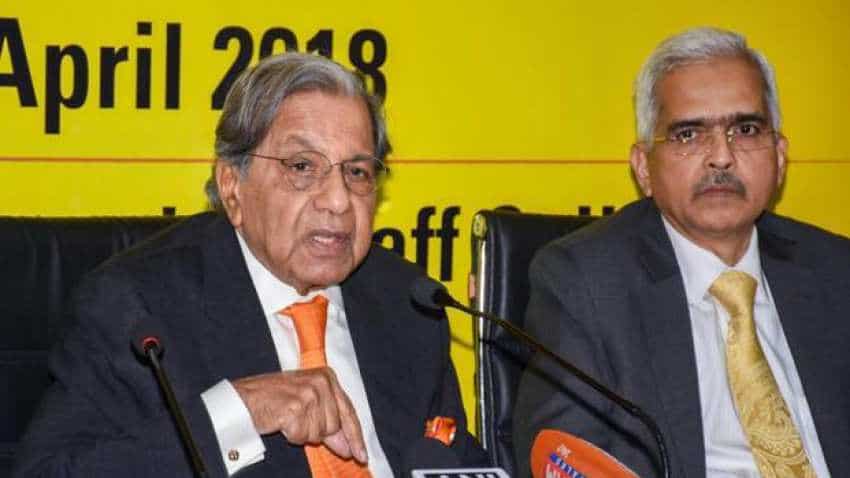 Amid concerns over data credibility, the 15th finance commission chairman NK Singh Thursday said the panel is embarking on a prudential measure of reconciling all publicly available data and arrive at the best conclusion. He, however, made it clear that the reconciliation exercise to be carried out over the next two days by senior panel officials, has nothing to do with data computation methods which have raised many eyebrows.

"We will try to reconcile and come to a conclusion on what we would consider reliable data in the public domain," Singh told reporters, adding the exercise will be carried out with the CAG and the Reserve Bank. "We may or may not succeed, but at least we must come to a conclusion that this is what we believe is the most credible before accepting it," he added.

He was replying to a specific query on whether the row over data credibility came up at the meetings with economists here as part of its two-day visit that concluded Thursday. Singh said while the issue did not feature in the meeting with economists, and suggested that the panel took the decision of data reconciliation proactively. Asked if the panel regularly carries out such reconciliations, he said the exercise will "be within the bounds of acceptable and appropriate prudence to do so".

It can be noted that a group of over 100 top economists, from the country and outside, had earlier this year held a presser expressing concerns over "political interference" in statistical data, and had called for restoration of "institutional independence" and integrity of statistical organisations.

Their appeal came against the backdrop of the controversies over revision of GDP numbers which indicated even in the note-ban year, the economy grew higher the top GDP numbers reported during the previous Congress rule, and withholding employment data by the NSSO that showed that unemployment had hit a 47-year low in FY18, leading to the head of the organisation to quit in protest.

They said for decades, the nation's statistical machinery enjoyed high reputation for the integrity of the data it produced on a range of economic and social parameters.

"Our statistical machinery was often criticised for the quality of its estimates, but never were allegations made of political interference influencing decisions and the estimates themselves," the economists had said in the appeal.

The secretary of the 15th finance commission Arvind Mehta said all finance panels consult the CSO to get comparable series for state macro numbers.

"It is a normal practice that you are looking at different sets of data and you are consulting with various organisations and then you are trying to build up a series of comparables for the states especially for comparable data from the states," he said.

Meanwhile, Singh said GST mop-up has not been as healthy and the panel is set to have another round of meetings with the revenue department to understand the collection trajectory going ahead.

Congratulating the outgoing government for fiscal rectitude, Singh said the manifestos of both BJP and the Congress speak about the need for fiscal balance, and added that the same is necessary for growth and financial stability.

On the Reserve Bank's concerns on deviations between budget estimates and revised estimates, Singh drew attention to the actual outcomes in the states which illustrate that there is not much of a difference between the original estimate and the final outcome.

Singh said going forward, the declining national savings rate is a space that needs to be watched carefully.

Asked about the panel's timeline, he expressed hope of submitting the report on time as the panel has already visited 20 of the 29 states but is yet to get a formal memorandum from the Centre to finalise the report.

Among other challenges that the panel is confronting is the future of Centrally-sponsored schemes, he said, adding attempts to rationalise them have met with modest success so far.

15th Finance Commission: This Advisory Council Meeting will be different - Here is how