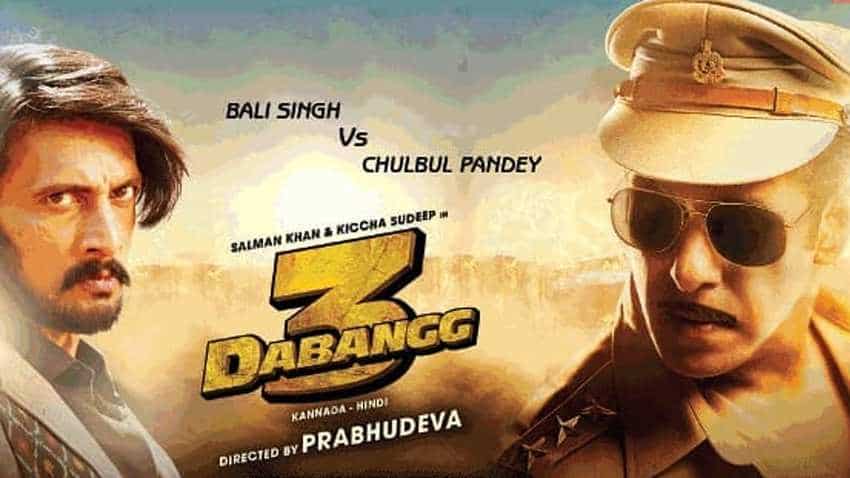 According to some media reports, keeping in mind the buzz Dabangg 3 has created ahead of release, this big-budget Salman Khan starrer may also collect Rs 100 cr in just 3 days.

Ahead of the grand release, famous film critic and trade analyst Taran Adarsh reviewed Dabangg 3. Adarsh has given 3.5 stars to Dabanng 3. In his one One Word Review, Adarsh calls Dabangg 3 ENTERTAINING.

According to Taran Adarsh, Salman Khan as Chulbul Pandey is back with a bang, and it is Dabangg 3 is an out and out Salman Khan show. Talking about director Prabhu Dheva, Adarsh says he focussed on mass and masala. Climax fight is terrific, says Adarsh. Mentioning the South Superstar Kichcha Sudeepa as the new villain of Dabangg franchise, Adarsh said, "Kichcha Sudeepa is excellent."

Dabangg tells the story of Chulbul Pandey, a police officer who has his own way of dealing with corruption. The franchise also stars Sonakshi Sinha, Arbaaz and Mahie Gill in key roles.