Coronavirus: Amid the ongoing COVID19 crisis, President Ram Nath Kovind would address all the Governors and Lieutenant Governors of the country through a video conference. 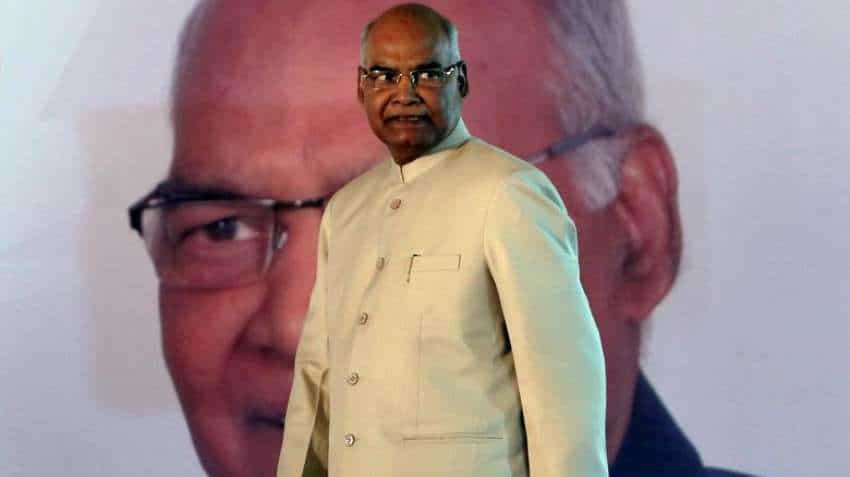 Coronavirus: In an unprecedented move amid the ongoing COVID19 crisis, President Ram Nath Kovind would address all the Governors and Lieutenant Governors of the country through a video conference on Friday morning.

Vice-president Venkaiah Naidu is also expected to join the all important conference from his residence. The President`s conference would also be attended by the top voluntary organizations, including the Indian Red Cross Society known for its social emergency and humanitarian programmes across India.

The President would have detailed interactions with the Governors, particularly of 7 to 8 states where the COVID-19 crisis seems to be serious, official sources revealed to IANS.

Sources said the President would talk in detail with the Governors of Punjab, Kerala, Rajasthan, Uttar Pradesh and Maharashtra where COVID-19 cases are surging every day.

"The President would try to seek suggestions from the Governors relating to the ongoing efforts by the respective state governments. His objective is to supplement the relief efforts of the state administrations, a highly-placed source informed IANS.

Vice President Venkaiah Naidu, who has decades of experience in government functioning, is also expected to offer suggestions to Governors and Lieutenant Governors.

Sources said that several important and large voluntary organisations would also be asked for their effective roles in handling the crisis, particularly in offering food and shelter to the poor.

Millions of daily wage labourers and those dependent on petty jobs require basic needs including food. Several MPs and MLAs, cutting across party lines, are already setting up canteens to serve food to the poor in their respective constituencies.

Red Cross, which has presence in every district of the country, will also be playing a vital role in helping the needy and the poor, especially in the post-lockdown period.