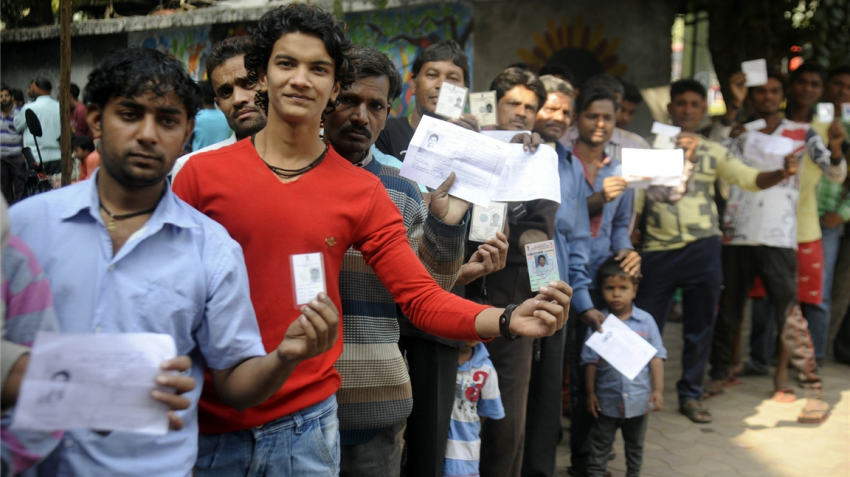 People wait in a queue to cast their votes for the second and final phase of Gujarat Assembly polls in Ahmedabad. Image source: IANS
RELATED NEWS

Exit polls today predicted a victory for the ruling BJP in Gujarat, giving it a clear majority in the keenly-contested Assembly polls in the state.

Soon after voting ended in the second and final phase of the election, an exit poll gave the BJP 115 of the total 182 seats and the Congress 65.

Another exit poll gave the ruling dispensation 108 seats and 74 to the opposition Congress.

The Times Now-VMR Exit poll predicted 115 seats for the BJP, 64 for the Congress, and the remaining for other parties.

The Republic-C Voter Exit Poll gave the BJP 108 seats and the Congress, 74.

A poll on NDTV said the BJP would get 112 seats and the Congress 70.

A party has to win 92 seats or more to form a government in the state.