The domestic cement demand is likely to grow by eight percent this fiscal which may push the capacity utilisation to 71 percent from 65 percent in FY18, the report said Wednesday. 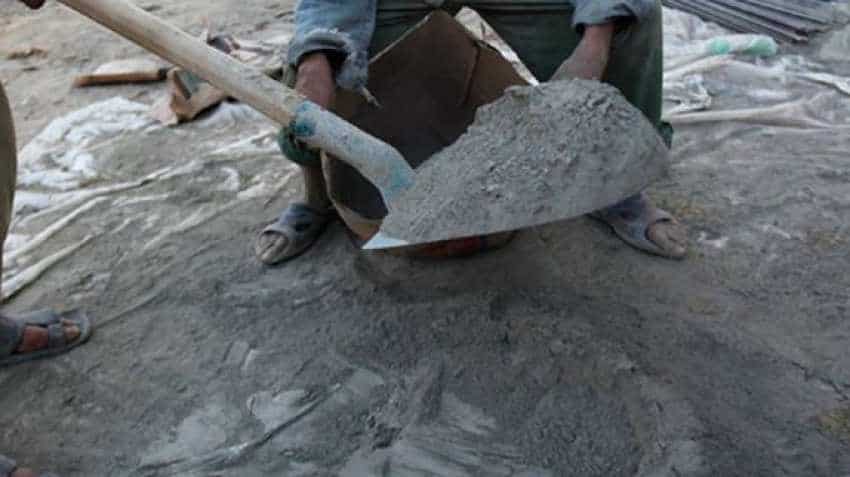 The domestic cement demand is likely to grow by eight percent this fiscal which may push the capacity utilisation to 71 percent from 65 percent in FY18. Reuters

The domestic cement demand is likely to grow by eight percent this fiscal which may push the capacity utilisation to 71 percent from 65 percent in FY18, the report said Wednesday. The growth in demand will be driven by a likely 18-20 million tonnes per annum (MTPA) of additional production capacity during the fiscal. The domestic cement production rose by around 13 percent between April 2018 and February 2019 as compared to six percent year-on-year growth in FY18, the rating agency Icra said in its report.

"For FY20, we expect a demand growth of eight per cent and given the limited capacity addition, this is likely to result in an improvement in the industry's utilisation to 71 percent in FY20 from 65 percent in FY18. Improved capacity utilization is likely to support the price uptick which has been seen since March 2019," Icra senior vice president Sabyasachi Majumdar said.

He further said around 18-20 MTPA of capacity is likely to get added in FY20. "However, a disproportionate part of the capacity addition is grinding opposed to clinker capacity. Thus, the actual production from new capacities could be lower. With the incremental demand of around 24-28 million tonne being greater than the incremental supply, this is likely to translate to improved capacity utilisation," Majumdar said.

The agency pointed out that cement production remains healthy supported by the demand in south India, primarily in Andhra Pradesh and Telangana driven by irrigation, low cost housing and infrastructure projects and Tamil Nadu driven by infrastructure and rural housing.

Also, the strong growth in demand in eastern and western India, which is driven by low cost housing and infrastructure demand, in the north led by the execution of infrastructure projects and in central part of the country backed by rural housing, will boost cement production. According to Icra, cement prices declined in most markets in FY19 in the range of 2.5-4.5 percent on a Y-o-Y basis.

The prices remained under pressure in August 2018 due to the monsoons, declining in most markets on an month-on- month basis. The prices were subdued during September 2018 February 2019. "The continued focus on the housing sector and rural economy in the Union Budget for 2019-20 is likely to have a positive impact on the cement industry.

On the infrastructure side, the continued thrust on the roads and railways is likely to push cement demand. While the healthy demand is likely to support the recent price increase, the supply side pressure on prices in some regions cannot be ruled out completely," Majumdar added.

ACC, L&T Infotech: What should investors do with these two stocks? Here is what brokerage, analyst recommend