Some of the industries that are expected to benefit the most include automobile, FMCG, real estate, consumer durables, consumer finance and other discretionary sectors. 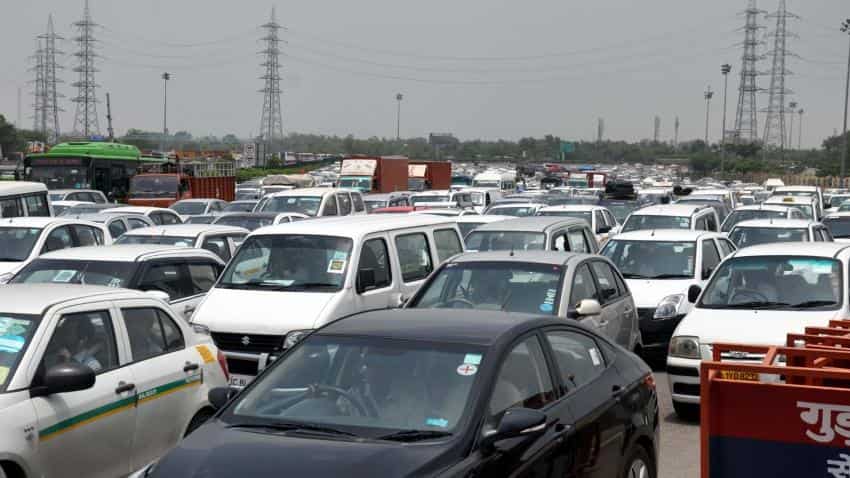 Here's how you can calculate your post 7th Pay Commission salary

The approval of the 7th Pay Commission recommendations has brought cheer to many government employees as their salaries are set to rise from 15% to 23.55%. The basic salary of an employee will increase from Rs 7,000 to Rs 18,000 per month.

While the 7th Pay Commission will cost the government exchequer Rs 1.02 lakh crore and another Rs 12,000 crore in arrears, this hike in salary is expected to boost demand in the economy by over Rs 45,000 crore as spending power of 47 lakh government employees and 56 lakh pensioners will increase, according to an India Ratings (Ind-Ra) report.

Ind-Ra chief economist Devendra Pant said, “The pay commission recommendations will boost consumption to the economy by Rs 451.1 billion (0.30% of GDP) and increase savings by Rs 307.1 billion (0.20% of GDP).”

Some of the industries that are expected to benefit the most include automobile, FMCG, real estate, consumer durables, consumer finance and other discretionary sectors. Companies in these sectors are already eyeing a boost in sales once government employees received this hike in pay.

For instance, car market leader Maruti Suzuki India (MSI) is eyeing an over 25% growth in sales to government employees and pensioners at 2.5 lakh units this year, riding on the hike in their salaries.

Expressing a similar sentiment, Honda Cars India Senior Vice-President (Marketing and Sales) Jnaneswar Sen told PTI, "It is positive for the auto industry. Arrears and increments will lead to more cash in hand for consumers which will lead to more discretionary spending. At least in the short-term we are looking to increase in sales of automobiles."

Consumer Electronics and Appliances Manufacturers Association (CEAMA) President Manish Sharma said, “With the rise in disposable income and scaling of e-commerce, the consumer durable industry is expected to grow by 15% in this fiscal.”

Apex real estate bodies too felt that implementation of the 7th Pay Commission will result in demand for homes.

"It's a very good decision. Hopefully it will lead to wise investment by the government staff for buying homes," NAREDCO Chairman Rajeev Talwar said, commenting on approval for 7th Pay Commission recommendations.
CREDAI President Getamber Anand said: "Real estate prices are at a low while gold prices are high and stock market is also up. So we expect that investment will come into the realty sector and transactions will increase".

Ankur Dhawan, Chief Business Officer, PropTiger, “The Seventh Pay Commission implementation will be a positive move and raise the affordability of the government employees by increasing their home loan eligibility. The developers would come up with schemes to make it attractive for public sector employees to invest in realty sector after this approval.”

The GDP numbers (7.9%) for the January to March 2016 quarter showed robust growth in consumption with private consumption growing at its strongest in over a year, at 8.3%.

Development Bank of Singapore (DBS), in a report earlier this month said India’s economy is likely to grow at 7.8% in the current fiscal on the back of consumption.

“The upcoming pay commission changes will be additional positive. Rural counterparts are also expected to lend a hand in 2016-17 fiscal following a normal monsoon,” the report said.

“The recent rise in retail loans, car sales, and consumer durables probably indicates that consumption demand growth is improving and will likely get another boost after the implementation of the Seventh Central Pay Commission during FY 2016–17,” Rumki Majumdar of Deloitte University Press wrote on April 29, 2016.

(With inputs from PTI and IANS)

Here's how you can calculate your post 7th Pay Commission salary