The Centre on Friday decided to bear the entire cost of Rs 13,343 crore under an existing scheme that seeks to control livestock diseases. 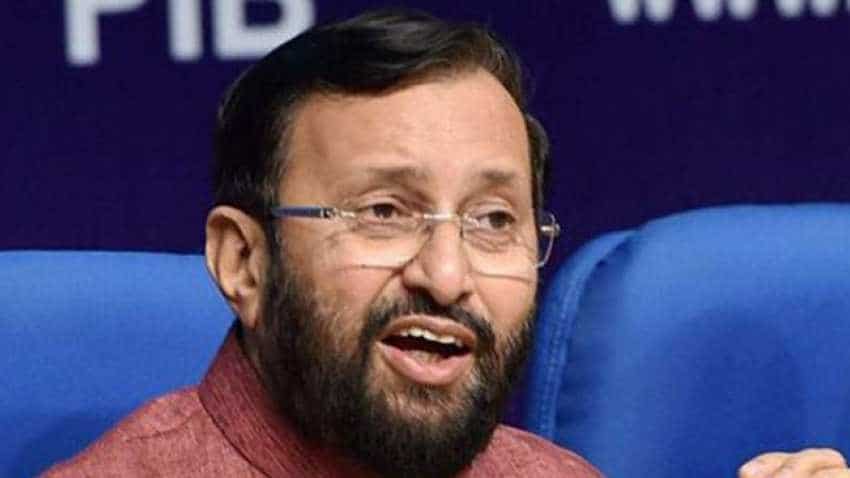 Briefing media, Information and Broadcasting Minister Prakash Javadekar said the scheme is in the interest of the farming community. Photo: PTI

The Centre on Friday decided to bear the entire cost of Rs 13,343 crore under an existing scheme that seeks to control livestock diseases, especially foot and mouth disease (FMD) and brucellosis, in the next five years. A decision in this regard was taken in the first Cabinet meeting of the Modi 2.0 government. Briefing media, Information and Broadcasting Minister Prakash Javadekar said the scheme is in the interest of the farming community.

"This is an existing vaccination scheme under which the Centre and state governments contribute funds in the ratio of 60:40. In a rare instance of departure, the Central government has decided to now bear the entire cost," the minister said.

The Cabinet had cleared a total outlay of Rs 13,343 crore to fully control these diseases among the livestock in the country in the next five years and subsequently eradicate these diseases, he said.

The disease of food and mouth disease (FMD) and brucellosis are common among the livestock -- cow, bulls, buffaloes, sheep, goats and pigs.

Javadekar said the government aims to eradicate FMD and brucellosis diseases fully as it has done in the case of polio and tuberculosis in human beings.

The government said if a cow or buffalo gets infected with FMD, the milk loss is up to 100 per cent which could last for four to six months. In case of Brucellosis, the milk output reduces by 30 per cent during the entire life cycle of animal and also causes infertility among the animals.

The infection of brucellosis can also be transmitted to the farm workers and livestock owners. Both the diseases have a direct negative impact on the trade of milk and other livestock products, it said.

"The decision of Cabinet today fulfils the major promise made in the manifesto as it provides much relief to crores of farmers in the country who rear livestock," the government statement added.