As part of rationalisation of the GST on real estate sector, the GST Council has allowed builders to migrate to 5 per cent rate for residential units and 1 per cent for affordable housing without the benefit of input tax credit (ITC) from April 1, 2019. 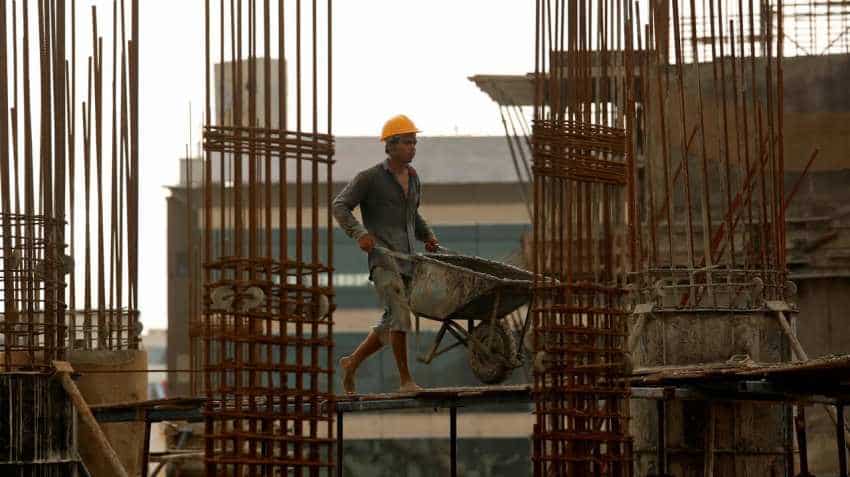 Another problem being faced by the developers is with regard to revision of prices of already booked flats, which is not allowed as per RERA guidelines. Image source: Reuters

Builders are facing a piquant situation with homebuyers insisting that they will pay only the new rate of 5 per cent GST on flats even though the developer has opted for the old rate of 12 per cent to take advantage of credit on inputs like paints, cement and steel. As part of rationalisation of the Goods and Services Tax (GST) on real estate sector, the GST Council has allowed builders to migrate to 5 per cent rate for residential units and 1 per cent for affordable housing without the benefit of input tax credit (ITC) from April 1, 2019.

For the ongoing projects, builders have been given the option to either continue in 12 per cent GST slab (8 per cent for affordable housing), with ITC, or opt for 5 per cent GST rate (1 per cent for affordable housing) without ITC. Although most of the builders have opted for 12 per cent rate for ongoing projects to avail the benefit of credit of taxes paid on inputs, the customers are insisting that they would only pay the lower GST rate of 5 per cent.

"In the transition phase, there is resistance from buyers to pay GST as per the old rate. We are convincing them and explaining to them about the transition framework approved by the GST Council," said Satish Magar, the newly-elected president of realtors' apex body Credai.

Getamber Anand, the past chairman of Credai, also said buyers are insisting on paying the new reduced GST rate and builders are exploring options on how to deal with this issue as they have to claim ITC.

Lakshmi Kumaran & Sridharan Attorneys Partner Kapil Sharma said, "The biggest challenge faced by developers all across India is to take a pricing decision with respect to on-going projects... The perception in the mind of buyer is that effective rate of tax has reduced from 12 per cent to 5 per cent and property has become cheaper."

AMRG & Associates Partner Rajat Mohan said most builders have opted for 12 per cent rate as it allows them to adjust the accumulated ITC in their books of accounts, which would otherwise lapse.

"Developers rolling over from the current scheme of taxes from 12 per cent to 5 per cent for the ongoing projects would lead to real estate companies in red due to non-availability of massive chunk of tax credits," Mohan said.

Another problem being faced by the developers is with regard to revision of prices of already booked flats, which is not allowed as per RERA guidelines. Hence, the developers cannot raise the price of such flats to adjust non-availability of ITC benefit in case they opt for 5 per cent GST option.

"In such a case, for the inventory already booked, the developer would continue to charge agreed price of the property which shall be borne by developer. Therefore, the pricing which was decided when input tax was available would be continued even when credit is barred by department. In such a case, there is no-flexibility for revision of pricing by developer for the already booked inventory," Sharma said.

Mohan added, "The changes in taxation for the real estate sector has added another dimension in the buyers psychology, compelling the developers to lower the taxes from 12 per cent to 5 per cent, even if a developer decides to continue with 12 per cent tax regime eyeing the benefit of input tax credit."

According to EY Tax Partner Abhishek Jain: "While technical aspects from a GST perspective have been addressed well by the Government through the multiple FAQs released, commercial aspects like continuing with the earlier higher rate of tax, pricing impact, etc would need to be looked into by the real estate sector."

GST rate hike from today: What gets costlier - Full list