The Union Budget 2019-20 is likely to renew the focus on the NDA government`s flagship Ujjwala scheme with the aim of increasing access to cooking gas, or liquefied petroleum gas (LPG), to all the country`s households before the year-end. 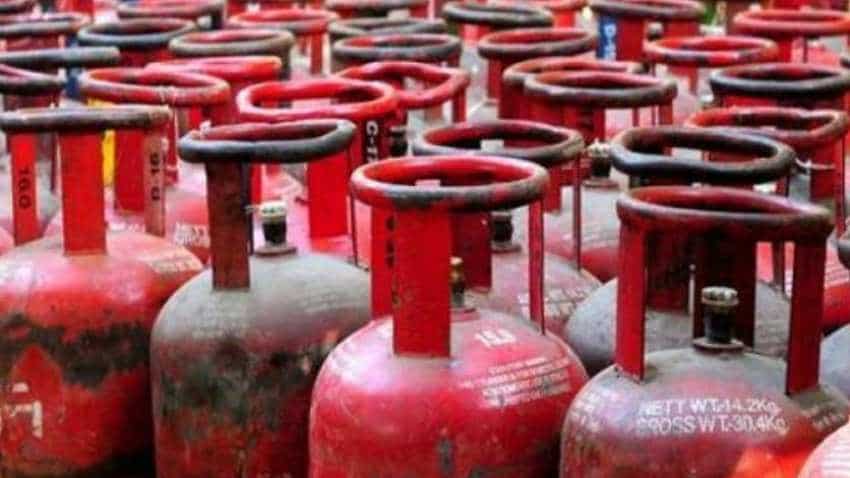 In addition, another 10-20 million new LPG connections would be given in the subsequent months to cover all poor households, as part of a cabinet decision taken late last year. PTI

The Union Budget 2019-20 is likely to renew the focus on the NDA government`s flagship Ujjwala scheme with the aim of increasing access to cooking gas, or liquefied petroleum gas (LPG), to all the country`s households before the year-end. Official sources here said that as part of his Budget speech, the Finance Minister may first propose to complete the targeted 80 million connections under the Pradhan Mantri Ujjwala Yojana (PMUY) in first 100 days of the government. So far, Ujjwala connections have reached the 71.9 million-mark.

In addition, another 10-20 million new LPG connections would be given in the subsequent months to cover all poor households, as part of a cabinet decision taken late last year. These measures are expected to increase access to cooking gas to 100 per cent of the country`s households from present level of about 93-94 per cent.

With this, the mission of providing clean fuel to all households in the country would be completed, and the next phase would begin with the focus on ensuriung that all new connections, particularly by the poorer sections, take an LPG refill. Under PMUY, gas connections are provided to below poverty line (BPL) families with a support of Rs 1,600 for each connection. The LPG connection is provided in the name of the female member of the family.

The sources said that along with increasing the targeted connections in PMUY, the Budget may allocate an additional Rs 2,000-3,000 crore for the scheme to complete the coverage of 100 per cent households. Launched in May 2016, the PMUY was initially aimed at providing clean cooking fuel to 50 million women from poor households classified as eligible over a period of three years. A sum of Rs 8,000 crore was allocated for the scheme to start with.

However, given the success of the scheme, the then Finance Minister Arun Jaitley had in the 2018-19 Budget allocated an additional Rs 4,800 crore and increased the target to 80 million households. In December, the Union Cabinet decided to cover all poor households that would further increase the number of new connections by 1-2 crore.

The government is also toying with the idea of promoting under PMUY the use of smaller 5 kg LPG cylinders so that refill rate increases. For this, a separate subsidy plan has already been worked out under the existing direct benefit transfer (DBT) scheme. The average LPG cylinder refill rate under Ujjwala is a pathetic 3 per annum while the national average stands close to seven refills in a year.

A Petroleum Ministry study shows that the high cost of refills for a 14.2 kg cylinder is one of the main reasons why lower number of LPG cylinders were being used by BPL families. With 5 kg cylinders, refills can be had at one third the price of a regular cylinder. This will make it easier for families to increase the year-round use of gas connections given under Ujjwala.