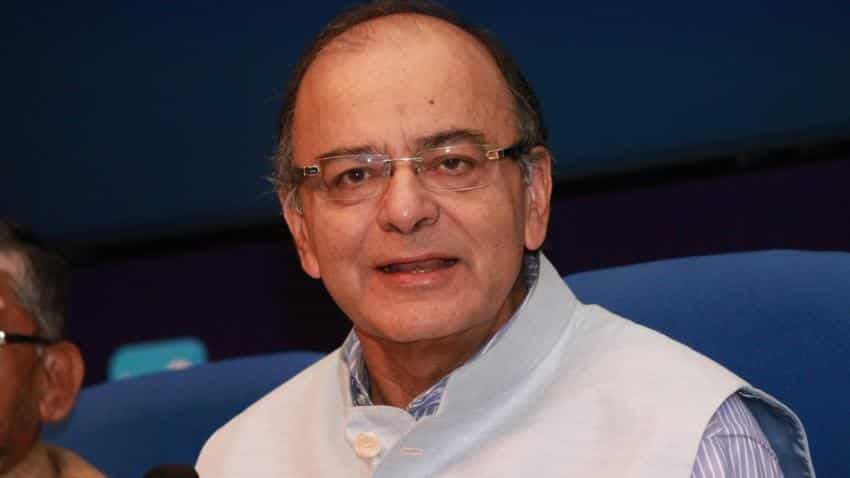 The Indian government has unveiled its most ambitious target for public share sales so far, looking to capitalise on the robust domestic capital markets to cut its annual deficit.

In last week`s federal budget, Finance Minister Arun Jaitley set a Rs 725 billion ($10.76 billion) target for divestment in the 12 months from April 1, up from a revised Rs 455 billion goal in the current fiscal year.

Analysts and investors welcomed the budget, sending stocks and bonds broadly higher on promises of tax cuts and a lower fiscal deficit. However, the statement makes it clear that the capital markets will play a far greater role in the country`s finances than in previous years.

Jaitley proposed stock-market listings for three units of the state-owned Indian Railways and pledged to use more exchange traded funds to hold stakes in public-sector companies.

The government also announced a lower-than-expected recapitalisation plan for state-owned banks, putting the sector under more pressure to tap the capital markets for funds.

Including the insurance listings, the 2017-18 divestment target is more than double the Rs 309 billion raised in the current fiscal year through stake sales and buybacks in state-owned companies, including a Rs 30 billion stake in Larsen & Toubro held through the Specified Undertaking of Unit Trust of India ETF.

Rating agency Icra said the divestment target appeared high, but its achievement "would be crucial to ensure the budgeted reduction in the fiscal deficit and the lower than expected gross borrowing figure".

According to Nomura, the divestment target is optimistic and “some shortfall, as is the norm every year, is likely”.

The proposed listings of Indian Railway Catering and Tourism Corporation, Ircon International and Indian Railway Finance Corporation could net the government a total of  Rs 100 billion- Rs 150 billion ($1.5 billion–$2.2 billion), according to early estimates of bankers.

IRCTC handles the catering, ticketing and tourism operations of state-owned Indian Railways and is the country’s largest online ticketing company. Ircon is an engineering and construction entity specialising in transport infrastructure, and IRFC is Indian Railways’ financing arm.

The spin-offs are by no means straightforward. While the budget reveals plans to list IRCTC, it has also done away with the service charge on online bookings, which contributes nearly a third of IRCTC’s revenue. In the financial year to March 31 2016, IRCTC reported a net profit of Rs 1.8 billion on revenue of 15 billion .

“At this rate, the listing of IRCTC will be a non-starter,” said one ECM banker.

Bankers have said the listings of these units are a long way off as the government has to get the assets valued properly. Also, at this stage, it is unclear if the listings will be done through strategic sales or IPOs.

While India has successfully sold stakes in state-owned companies through offers for sale, it has been slow to complete IPOs. Floats announced in Hindustan Aeronautics and Rashtriya Ispat years ago have yet to be completed. Last year, it initiated plans to sell stakes in Cochin Shipyard and Housing and Urban Development Corporation for a total of $300 million through IPOs. The government`s deadline for the

The Rs 110 billion target for insurance sector listings builds on January`s announcement of plans to sell, in stages, 25% stakes in each of General Insurance Corporation, National Insurance, New India Assurance, Oriental Insurance and United India Insurance. GIC and NIA are seen as the strongest candidates and expected to list first.

India`s insurance regulator last year recommended that all companies under its charge should, at a certain stage of maturity, complete IPOs to improve their access to regulatory capital.

After the successful Rs 60 billion follow-on offering of the CPSE-Exchange Traded Fund in January, the government plans to set up another ETF of state-owned companies and other private-sector entities in which it owns stakes in the 2017–2018 fiscal year.

The federal budget allotted just Rs 100 billion for the recapitalisation of public-sector banks, potentially pushing more to tap the capital markets for regulatory capital as their asset qualities are expected to deteriorate after last November`s demonetisation.

“We believe banks need three times the allotted capital if they have to make provisions and grow at around 10%,” said Saswata Guha, a director at Fitch Ratings.

Independent research provider CreditSights has said banks will have to raise Rs 800 billion in equity capital over the next two years to meet Basel III requirements. State-owned banks have been finding it hard to sell shares as investors have demanded steep discounts. As a result, most of these issues will involve AT1 bonds.

Some banks are already chalking out plans for AT1 offerings.

"We are planning to raise Rs 20 billion from AT1 bonds in the near term as there is appetite," said a source at state-owned Bank of Baroda.

“If SRs can be listed, it creates more opportunities for banks to sell them off and remove the risk from their books," said Ben You Ang, research analyst at CreditSights.

The initial response to the budget statement has been positive.

Equity market participants were relieved at the absence of much-feared taxation measures on long-term capital gains and the securities transactions. The budget also did its bit for the IPO market in allowing selected non-banking finance companies to invest in IPOs under the Qualified Institutional Buyer category. Currently, only banks and insurance companies are categorised as QIBs.

Banking stocks rallied on hopes of a revival in credit growth on the back of higher spending and tax cuts for individuals and small businesses. Foreign institutional investors also welcomed the extension of the concessional 5% withholding tax until 2020 on sovereign rupee bonds.

Kong pointed out that the government`s efforts to improve transparency, digitalisation and curb black money were other positives in the budget.

"I never heard of an electoral bond before," said one investment banker. "It is a novel concept."

NITI to lend support in development of 10 big infra projects