"This income support will be transferred directly into the bank accounts of the farmers in three equal instalments of Rs 2,000 each." The scheme will be funded 100 per cent by the central government, he added. 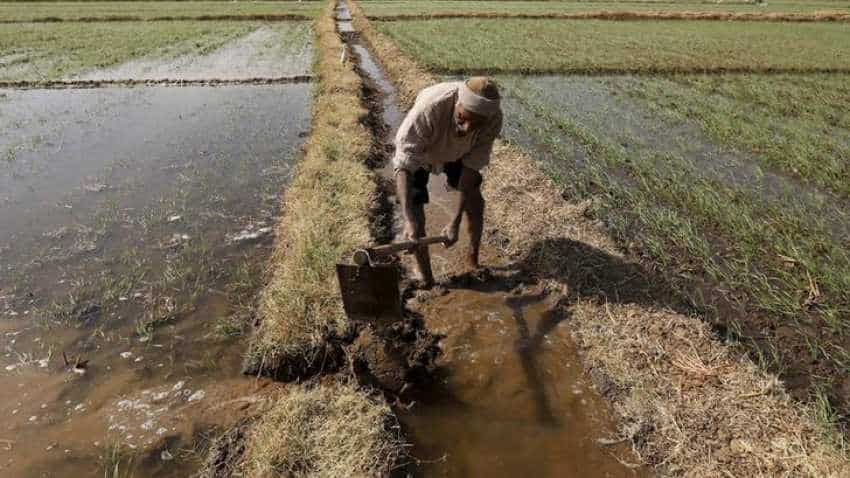 Addressing the distress in the agrarian sector, Finance Minister Piyush Goyal on Friday announced a scheme to provide direct income support of Rs 6,000 to farmers with a land holding up to two hectares, which would benefit about 12 crore people.

He also announced expansion of the interest subvention for loans taken under Kisan Credit Card to farmers involved in animal husbandry and fishing.

Presenting the Interim Budget for 2019-20 in the Lok Sabha, he said the Pradhan Mantri Kisan Samman Nidhi (PM-KISAN) will be effective from December 1, 2018.

"Under this scheme, direct income support of Rs 6,000 every year will be given to farmers who have a land holding of up to two hectares," he said.

"This income support will be transferred directly into the bank accounts of the farmers in three equal instalments of Rs 2,000 each." The scheme will be funded 100 per cent by the central government, he added.

Goyal said farm returns have reduced due to the declining prices of agriculture commodities in the international markets and a fall in food inflation in India in the last two years relative to the non-food sector.

"Small and fragmented land holdings on account of repeated division has also contributed in the decline in the income of the farmer families. Hence, there is need to provide structured income support to poor farmer families in the country for procuring inputs such as seeds, fertilisers, equipment, labour and to meet other needs," he said.

Goyal said the scheme will be effective from December 2018 and the first instalment for the period up to March 31 this year will be disbursed soon.

The government will incur an annual expenditure of Rs 75,000 crore in 2019-20 while it has allocated Rs 20,000 crore in the revised estimates of the current year.

He also reiterated the government's "historic" decision to provide Minimum Support Price (MSP) for 22 crops with 50 per cent profit over the input cost in order to double farm income. Agriculture continues to be the main driver of the rural economy, he said.

Saying an increase in farm loans to Rs 11.68 lakh crore in 2018-19, the minister said the allocation for interest subvention on farm loans has been doubled in order to provide farmers with affordable loans.

Moreover, the benefit of two per cent interest subvention will be provided to the farmers pursuing activities of animal husbandry and fishery who avail of a loan through the Kisan Credit Card (KCC), the minister said.

"Further, in case of timely repayment of loan, they will get three per cent additional interest subvention," he said.

Goyal said Rs 1.7 lakh crore has been allocated in order to bring food at affordable rates to families belonging to the poor and middle class.

"We ensured that everyone gets food and nobody goes to sleep without food," he said.

The Mahatma Gandhi National Rural Employment Guarantee Scheme has been provided Rs 60,000 crore in 2019-20 and more funds will be poured in if required, he said.

Saying the government seeks to break the urban-rural divide in the country, Rs 19,000 crore has been allocated to the Pradhan Mantri Gram Sadak Yojana as against Rs 15,500 crore in the previous budget, Goyal said.

Out of the total 17.84 lakh habitations in the country, 15.80 lakh were provided with pucca roads and the remaining work will be done soon, he said.

Goyal also announced a 'Rashtriya Kamdhenu Aayog' to upscale sustainable genetic upgradation of cow resources and to enhance production and productivity of cows.

"The Aayog will look after effective implementation of laws and welfare schemes for cows. The government will not hesitate in allocating funds for the respect of "Gomata".
Goyal also announced a separate Department for Fisheries.

India-UK trade deal: Focus on what is acceptable to both countries, says Piyush Goyal

At least 2 more free trade agreements to be signed in 2023, says Piyush Goyal