The Economic Survey on Thursday is likely to come up with 8 to 9 out-of-box ideas with regard to revival of overall growth in agriculture, manufacturing, and exports, on infrastructure, as well as NPAs including bank recaps, employment and capital market and public debt. 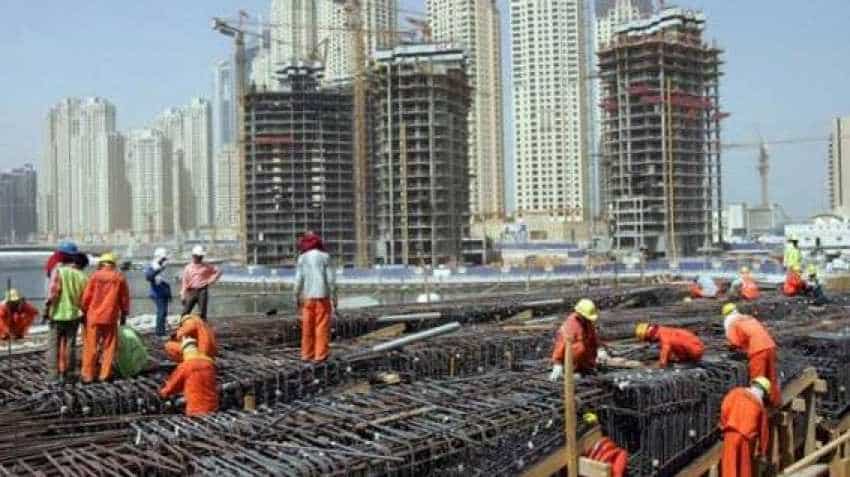 Economic Survey on Thursday is likely to come up with 8 to 9 out-of-box ideas with regard to revival of overall growth in agriculture, manufacturing, and exports, on infrastructure, as well as NPAs including bank recaps, employment. Reuters
Written By: IANS
RELATED NEWS

The Economic Survey on Thursday is likely to come up with 8 to 9 out-of-box ideas with regard to revival of overall growth in agriculture, manufacturing, and exports, on infrastructure, as well as NPAs including bank recaps, employment and capital market and public debt. NBFCs (non-banking finance companies) and liquidity in the credit system are also set for higher importance given their manifestation in the slowdown demanding due attention. NBFCs have been under liquidity pressure after the series default by Infrastructure Leasing & Financial Services (IL&FS) in September last year.

There is likely a complete chapter on wages and labour reforms needed to push employment and raise incomes of the poor though the Chief Economic Advisor to the Modi government has, in the past, has not exactly been talking of unemployment as an issue. But the Survey has, sources said, tried to find out the holes in the current economy as well, not toeing the standard line.

On agriculture, there are likely to be steps on increasing disposable incomes for the farmers and their produce through minimum support price (MSP) raises. Sources said Krishnamurthy Subramanian, the Chief Economic Advisor, may try to give not-to-common ideas on these key indices which are facing challenges. The ex-Associate Professor of Finance at the Indian School of Business will be presenting his first Economic Survey on July 4. In a tweet, he said: "Looking forward with excitement to table my first - and the new Government`s first - Economic Survey in Parliament on Thursday (July 4, 2019)."

It will be a pro-poor Survey and adequate measures have been ticked in with out-of-box ideas on each of these areas. But it is agriculture and employment that is likely to have received the maximum attention of the CEA. The Indian economy is at a 5-year low of 6.8 per cent in 2018-19 and the fourth quarter growth has slumped to 5.8 per cent which is a 17-quarter low.

With Subramanian earlier saying the Indian economy will grow at 7 per cent, the Survey could suggest an expansionary investment exercise by the government to tackle slow consumption, investment, demand and unemployment. It may advocate that this course could be undertaken, risking fiscal deficit and inflation, sources said, adding the CEA is a growth optimist, so he would put a growth surge ahead of other macro stats.

The FY20 fiscal deficit is fixed at 3.4 per cent of budget estimates (BE) in the interim budget. The survey is learnt to have supported large PSU banks through mergers and has suggested banks not to back out of lendings after doing proper clinical analysis of the borrowers. It has favoured higher lendings to revive credit circulations and industrial activity. It is also likely to seek banks to be able meet regulatory capital needs not by recapitalisation but by their own internal profits and market-raised funds. On NPA recovery, the survey may offer 2-3 more ideas on strengthening Insolvency and Bankruptcy Code by cutting down on time period of the process.

Coronavirus cure: Drugs used on COVID-19 patients can cause severe side effects

Rate of corona transmission less in India than in other countries: Ministry