There is all that talk of the much-hyped 100-crore club that Bollywood loves to flaunt, and then there is real success -- validated by a films profitability. Bollywood buffs often mix up the two, forgetting that a Rs 100-crore haul at the box-office is not necessarily foolproof evidence of profitability. 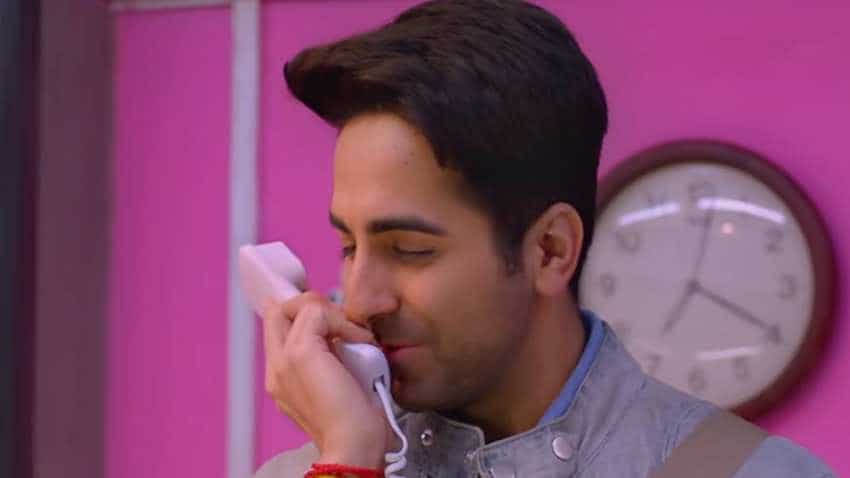 There is all that talk of the much-hyped 100-crore club that Bollywood loves to flaunt, and then there is real success -- validated by a films profitability. Bollywood buffs often mix up the two, forgetting that a Rs 100-crore haul at the box-office is not necessarily foolproof evidence of profitability. That is where the growing importance of the small film lies, in contemporary Bollywood`s scheme of things. The increasing success of the small film, coupled by many biggies performing below par in recent times, proves profitability, which is based on return on investment, has often nothing to do with whether your film made a hundred crore or two.

Take Ayushmann Khurrana`s new film, "Dream Girl" for instance. It may have earned lesser than the Prabhas biggie "Saaho", but the former is a more profitable venture for the producers, the trade website koimoi.com would tell you. At the end of first week, "Dream Girl" has garnered Rs 72.2 crore at the domestic box-office. Given the fact that the film has a budget of around Rs 30 crore only, that scores a return on investment (ROI) of Rs 42.2 crore for its producers. That`s a whopping 140.66 per cent profit so far! In comparison, "Saaho", released across multiple languages, has grossed Rs 424 crore so far against a rumoured budget of around Rs 350 crore. Its ROI margin is 112.14 per cent so far.

There are more examples, to prove how the small film is proving beneficial to the Bollywood producer. "Uri: The Surgical Strike" is this year`s most profitable film so far, ahead of "Kabir Singh", which is the year`s biggest blockbuster. There is a difference between earning and making profit, you realise comparing the two films. "Kabir Singh", at a reported budget of Rs 60 crore grossed Rs 278.24 at the Indian box-office, thereby recording a 363.73 per cent return on investment (ROI) for its producers. The film is a huge success, but in terms of percentage falls short of "Uri", which, with a mere Rs 25-crore budget, earned Rs 244.06 domestically ? which means its ROI margin stands at a fabulous 876.24 per cent.

More and more producers are realising a simple fact: While the hazard of backing big, star-studded projects will never go away in a business as speculative as films, the small film has emerged as a relatively safe option in the era of multiplexing. So, while Salman Khan`s "Bharat" managed to rake in Rs 209 crore in the domestic market since release on Eid, its rumoured Rs 100-crore budget ensured that the film had to settle for a mere `hit` status.

On the other hand, do the math on the profitablity of any random small film that has succeeded lately, and the figures will surprise you. "Badla", at a reported budget of Rs 10 crore, raked in Rs 88.02 crore at the Indian box-office which spells an ROI margin of 300.09 per cent. A film like "The Tashkent Files" may have only Rs 17 crore to show as domestic collections, but its meagre budget of around Rs 4 crore meant the film has been one of the most profitable hits of the year, at 318 per cent.

The math is simple: the higher the budget, the lower the profitability. That is where the small film is gathering steam at Indian multiplexes. There`s more. "Luka Chuppi", earning Rs 94.15 against a budget of around Rs 25 crore scored a 276.6 per cent ROI margin for its producers. "Article 15", at budget of less than Rs 30 crore, collected Rs 63 crore at the Indian box-office ? there by seeing a neat 152.2 per cent profit.

Akshay Kumar`s self-co produced "Mission Mangal" was made at a reportedly contained budget of Rs 32 crore. It is a small film by Akshay Kumar standards and, ironically, it looks like it will go ahead to become his biggest hit ever. The film has amassed Rs 200.16 crore at the domestic box-office and is also doing impressively abroad. If you simply consider its haul at the domestic market, the film has already seen returns worth 344.8 percent.

The writing is on the wall. The film business has changed, in this era of multiple releases and a trade pattern that restricts income primarily to the first weekend. Small budget is not necessarily a bad deal as long as you go big on original idea of entertainment. Akshay Kumar is a mainstream superstar who has quickly realised that fact.

Here is a look at the domestic earnings of moderate to small-budget films released lately:

(Only films with budget of Rs 50 crore or below have been considered; Figures sourced from koimoi.com and wikipedia; at the time of publication)