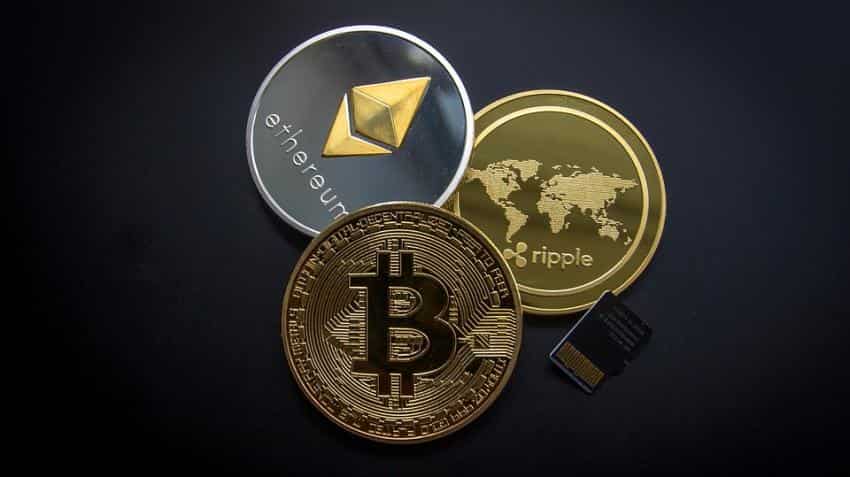 Bitcoin price in India today: There is a craze for cryptocurrency, whether be it any, the idea of this digital coin, builds a rave among citizens across worlds, despite their performance being very volatile since the start of 2018. A lot is happening on Monday's trading session in this market, with Bitcoin hovering above $11,000-mark, and Ripple surging by more than 16.36% in 24 hours.

As per a news agency Telegraph, North Korea may have raked in more than $200 million in digital cryptocurrency transactions last year, diluting the impact of stiff international sanctions over its nuclear and missiles programme.

Currently there are more than 1,500 cryptocurrencies available for trading, with Bitcoin dominating the market. In 2017, due to Bitcoin cracking $20,000-level, a lot of other digital currencies like Ethereum, Litecoin, Ripple, Bitcoin Cash and many more came into limelight gaining momentum.

Performance of other cryptocurrencies, is comparably better than Bitcoin. For instance on Monday, Ripple which among top five cyptocurrencies and also one of the lowest valued coin, surged more than 16% regaining over $1-mark. A total of 39.10 billion Ripple has been circulated among investors with market valuation reaching at $41.18 billion.

Momentum in Ripple has been led by amazingly promising partnerships that the coin has attained.

In the beginning of 2018, Ripple partenered with Moneygram, IndusInd Bank, IDT & Mercury FX, SBI Holdings, LianLian International and other projects.

Apart from this, Ripple has gone through a successful series of tests in over 60 banking and financial institutions in Japan and South Korea. So, it is expected that XRP will be implemented into more than several banking systems in order to support global cross payments in near real time, as per GlobalCoin report.

Also, Ripple is working on improving its technical capabilities where they will be adding extra features to enable even stronger security while also working on implementing its system in financial institutions in China, Brazil, and India.

Ripple was introduced in 2012 and was co-founded by Chris Larsen and Jed McCaleb. The coin is labelled as a XRP. It adopts a medium known as Gateway which serves as the intermediary in the trust chain between two parties who are desiring to make a transaction.

Stephen Powaga, head of research at investment firm Blockchain Momentum in CNN money earlier, said, "Ripple and some other cryptocurrencies have relatively low transaction fees, which made them popular when people began looking for alternatives to Bitcoin."

According to Thomas Glucksman of Gatecoin , “Increasing regulatory recognition of cryptocurrency exchanges, the entrance of institutional capital and major technology developments will contribute to the market's rebound and push cryptocurrency prices to all new highs this year," reported in Forbes.

Goldman Sachs in it's report says, "It proves to be more useful than the alternatives—in terms of facilitating transactions at a lower cost and/or providing better risk-adjusted returns for portfolios."

Coming back to India, there is love for cryptocurrencies among citizens, and there are about 15 cryptocurrency exchanges that have started allowing trading in the above mentioned digital currencies.

These exchanges are offering 'Buy' and 'Sell' call on these coins.

The Bitcoin exchanges available in India are Zebpay, Unicorn, Bitxoxo and Coinbase.

However, in India, government sees trading in cryptocurrencies as a platform for tax evasion.

Arun Jaitley, Finance Minister of India in Budget 2018 speech said, ‘The Government does not consider cryptocurrencies legal tender or coin and will take all measures to eliminate use of these crypto-assets in financing illegitimate activities or as part of the payment system.’

Ajeet Khurana, Head, Blockchain and Cryptocurrency Committee of the Internet and Mobile Association of India (IAMAI)  said, "We understand the Government's position in wanting to eliminate the use of crypto-assets as part of the payment system. Since we are committed to support every regulation that the Government brings in, we will work with the Government to help it achieve its stated objective."

Khurana said, "When a platform as significant as the Union Budget speech mentions cryptocurrencies, it is clear that the sector is coming of age. We welcome this positive development, and see it as an important milestone in the journey to policy-clarity and consumer-education."