Bitcoin: Amitabh Bachchan gets over $100 million top-up; wiped out in days 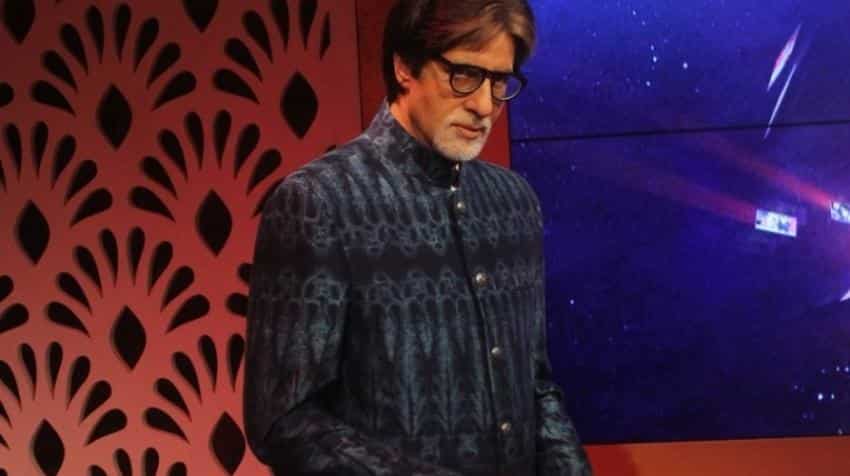 The crazy swings of Bitcoin prices added more than USD 100 million to megastar Amitabh Bachchan's fortunes within days, but most of it got wiped out even faster -- thanks to a small stake in a hitherto unknown firm associated with the web of cryptocurrencies.

There may be further such fluctuations with the craze for Bitcoins and other cryptocurrencies continuing to drive their prices and the regulatory risks remaining a big drag for the prices that saw Bitcoin skyrocketing to near USD 20,000 just a few days back before plunging back by almost half and then again recovering to USD 15,000 level.

While lakhs of Indians are said to have taken a fancy to the Bitcoin and other such virtual currencies, Bachchan is probably the first big name from the country to get associated with this big buzzword -- albeit indirectly and because of a small investment that is at least 3-4 years old.

The link is a Hyderabad-based company named Stampede Capital, which describes itself as a "research driven global trade house" and a "liquidity provider and market maker" at various exchanges driving "millions of dollars trading volume everyday across the globe in nano seconds".

In its regulatory filings, the company lists Bachchan as an "individual non-promoter shareholder" with a small stake of 2.38 per cent at the end of last quarter. As per the BSE records, Bachchan figures on the list of shareholders (with 1 per cent or more stake) since at least June 2014, though the quantum he is holding has been changing somewhat.

As on June 30, 2014, Bachchan held 3.39 per cent in the company which could have been worth around Rs 9 crore at that time (going by the share price around then), while the value of his latest holding is almost half at about Rs 4.7 crore.

The Bitcoin-driven top-up to Bachchan's fortunes comes in the backdrop of Stampede recently listing one of its subsidiaries, Longfin Corp, on the Nasdaq exchange in the US.

Longfin got listed on Nasdaq last week with a market cap of USD 370 million, after it sold shares in a public offer at USD 2.5 apiece. Stampede now owns 37.14 per cent stake in Longfin, by virtue of which

Bachchan (with his 2.38 per cent stake in Stampede) becomes an indirect beneficiary in the US- listed firm.

The stock suddenly saw a huge two-day surge of 2,500 per cent post announcement of an acquisition of Ziddu.Com, a website that claims to specialise in providing warehouse coins, powered by the blockchain technology, to importers and exporters of commodities against their warehouse receipts.

This made Longfin one of the few listed stocks with direct or indirect association with the Bitcoin buzz.

Longfin acquired the website from Singapore-based entity named Meridian Enterprises Pte Ltd, in which 95 per cent of the equity was owned by Venkat S Meenavalli, the CEO and chairman of Longfin Corp and also main promoter of Stampede.

Longfin has entered into an asset purchase agreement with Meridian, and with related affiliates collectively represented by Hong Kong-based Galaxy Media Ltd in exchange for 2.5 million restricted Class A common shares of the company -- and here comes another Bachchan link.

As per the regulatory filings made by Longdin with the US regulator SEC, the distribution of these 2.5 million shares for acquisition of Ziddu.Com is like this -- 2.15 million to Meridian, 100,000 shares to Galaxy

At the current stock price of USD 41, Longfin shares of the two Bachchans would be worth about USD 10.25 million.

An analysis of Longfin share price since its listing shows that it had hit a high of USD 142.82 each on December 18, when the market cap was over USD 10 billion.

At that peak, the value of Longfin shares, which Bachchans got as part of Ziddu.Com deal, was over USD 30 million. Besides, the indirect ownership through Stampede stake was worth about USD 100 million at the peak valuation.

On the other hand, all these holdings were just worth about USD 1 million before the listing, taking into account the USD 2.5 apiece public offer price proposed by Longfin. Now, the direct and indirect holdings are worth an estimated USD 40 million -- still over USD 100 million below the peak.

Stampede also has been seeing a sharp rally in its share price back home at the BSE with a surge of about 50 per cent in the past one month, but its stock still remains far below the yearly peak of over Rs 30.

The stock is currently trading at Rs 8.71 each after hitting upper circuit on Friday and commands a market cap of Rs 200 crore. It was USD 100 million (over Rs 600 crore) when Longfin filed for US listing.

Incidentally, the public offer documents in March this year did not mention anything about Bitcoin or cryptocurrencies and Longfin described itself at that time as "an independent financial technology company" specialising in trade commodity solutions. It said Longfin was a newly established company and Stampede was incorporated in 2010.

It also said "LongFin has had minimal net income (approximately USD 5,000) with only one month operating history, and the revenues generated since its inception till end of February 2017 of approximately USD 300,000".

As per the BSE records, Stampede had revenue of Rs 10.22 crore in last fiscal and profit of Rs 0.03 crore.

Before the IPO, Stampede held 55 per cent stake in Longfin and the remaining 45 per cent was with the CEO Meenavalli.