Calling India's public health a "mixed story", Bill Gates said though it has made progress in almost every area of public health, there is still a long way to go in some areas related to child health 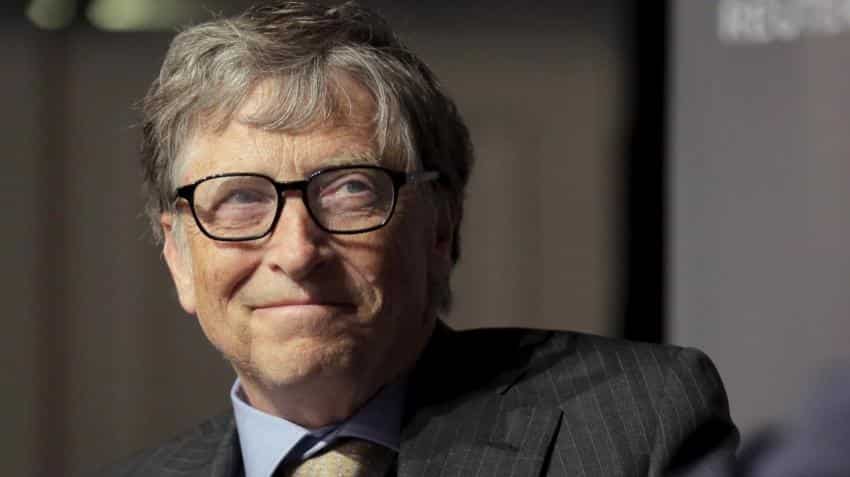 Bill Gates said India has in terms of nutrition and vaccine coverage challenges and there's still a lot of work to be done. Image source: Reuters

Microsoft co-founder Bill Gates has hailed India's expertise in public health but underlined the need for it to do more in the nutrition and sanitation sector to improve child health and survival.   Calling India's public health a "mixed story", Gates said though it has made progress in almost every area of public health, there is still a long way to go in some areas related to child health. "Well, public health, you know, India's definitely a mixed story where there are some really good, incredible things like the level of expertise in the country and the experts we work with," Gates told PTI. He now heads the Bill and Melinda Gates Foundation, which is engaged in major philanthropic work globally.

The Gates Foundation Scientific Advisory Board, he noted, has more people from India than anywhere. "They are super helpful to us. More vaccines are made there than anywhere," he said. The country that his foundation spends the most on is in India, he added.  "And almost everything has improved. I can't think of anything that's gotten worse. But there are things like nutrition and sanitation where India still is -- has a lot to do that could improve childhood health and survival pretty dramatically," Gates said. Responding to a question, Gates said he loves going to India.

"Because there's so many smart people. It's a vibrant democracy, many voices. There are people like (Andhra Pradesh) Chief Minister (Chandrababu) Naidu that I've known for a long time. And, of course he was in power and out of power. But even my Microsoft work gave me a lot of exposure to the deep talent in the country and the incredible potential it has," he explained. Globally, including India, the health sector has produced excellent results. For instance, childhood deaths, has dropped to 5.5 million now from 11 million a year in 1990.  There's many reasons for that, but the biggest single reason is the delivery of new vaccines, including a rotavirus vaccine and a pneumococcus vaccine that deal with the majority of the cases of diarrhea and pneumonia, he stressed.

"Also, in areas where there's malaria, getting out the bed nets and the spraying has made a big difference. So we've cut childhood death in half," he said. According to Gates, India's had in terms of nutrition and vaccine coverage challenges and there's still a lot of work to be done.  "But our partnerships in Bihar and UP have helped get vaccine coverage up. Bihar is the longest partnership, but even in UP we've seen good progress," he said.

"We have to say the Indian government really did push for rotavirus vaccine to get out, which is a big thing. It's in the process of getting pneumococcus approved, which over time a lot of those will come from domestic manufacturers like Serum," he said. "And even being willing to highlight things like how sanitation problems generate health problems and being willing to talk about that India has to change the infrastructure and some of the behaviour around that," he said.

"We feel like we've had a chance to help the government with a lot of its key goals in health, sanitation, financial inclusion and agriculture," Gates said.