In some major gifts to the people of Tamil Nadu, Prime Minister Narendra Modi on Thursday dedicated to the nation key projects in the state. 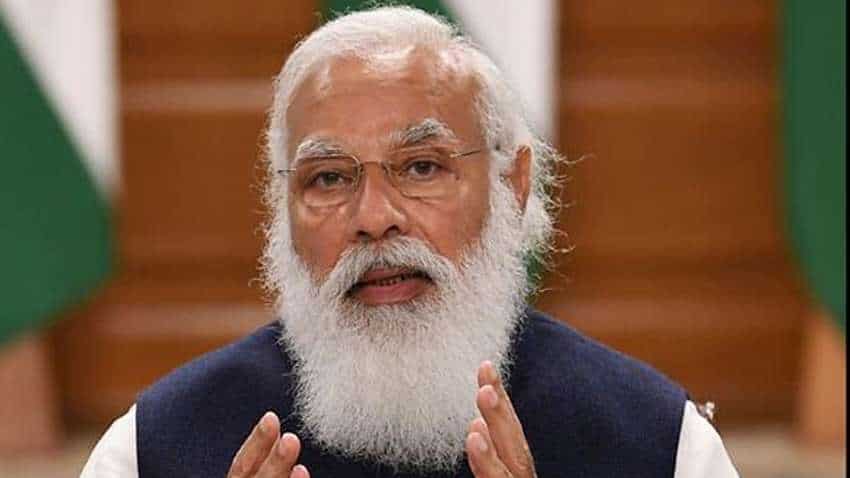 Among the initiatives were those in the shipping sector, where the Centre has identified Rs 6 lakh crore worth projects to be implemented under the Sagarmala scheme between 2015 and 2035 in the country, PM said. PIB pic.
Written By: Prashant Singh
Edited By: Harish Dugh
RELATED NEWS

In some major gifts to the people of Tamil Nadu, Prime Minister Narendra Modi on Thursday dedicated to the nation key projects in the state. These projects include the 2x500 mw Neyveli new thermal power plant, and laid the foundation stone for other important initiatives in the state.

Among the initiatives were those in the shipping sector, where the Centre has identified Rs 6 lakh crore worth projects to be implemented under the Sagarmala scheme between 2015 and 2035 in the country, he said.

Reciting from the Tamil classic Tirukkural, the second time on Thursday after doing the same at a government function in Puducherry earlier, he hailed farmers, even as he laid the foundation stone for extension, renovation and modernisation of the Lower Bhavani Project System. It will irrigate over two lakh acres of land and benefit the ryots in Tirupur, Erode and Karur districts in the state, he said.
Referring to the particular couplet from Tirukkural, Modi said, "the farmers are the ones who truly live and all others live because of them, worshipping them."

The Prime Minister inaugurated widening of the Korampallam surplus course beige and rail overbridge (ROB) including widening of the road at VOC Port in Tuticorin, saying it will greatly benefit the port.

"The Government of India's commitment to port related development can be seen through the Sagarmala scheme. About 575 projects at a total cost of Rs six lakh crore have been identified for implementation during 2015-2035 period," he said at a government event after inaugurating various projects and laying the foundation stone for others. Works cover port modernisation, new port development, port connectivity enhancement, port linked industrialisation and coastal community development under this initiative, he added.

The eight-laning of Korampallam and the ROB undertaken under the Sagarmala scheme will facilitate seamless and congestion free transit to and from the port and also reduce the turnaround time of cargo trucks, the PM said.

The prime minister also inaugurated virtually a 709 MW solar power project of NLCIL and over 4,000 tenements in Tiruppur, Madurai and Tiruchirappalli. "These houses will be handed over to those who never had a roof over their heads after 70 long years (of independence)," he said.

Noting that Tamil Nadu has a glorious history of sea trade and port related development, he recalled "the great freedom fighter V O Chidambaranar," after whom the port is named.

"His vision for a vibrant Indian shipping industry and maritime developmet inspire us greatly. The projects launched today will further strengthen the cargo handling ability of the port. It will even support the green port initiative," he said.

The Centre will also make efforts to make the VOC port a big transhipment port in the east coast, he said, adding "when our ports are more efficient, it contributes to India being Atmanirbhar and a global hub for trade as well as logistics."

A new multimodal logistics park is going to be launched near Sriperumbudur in Chennai soon, he said. In the power sector, he dedicated to the nation the Neyveli thermal project which is a lignite based power plant designed for power generation capacity of 1000 MW with two units of 500 MW capacity each.
Over 65 per cent of the power generated in this nearly Rs 7,800 core project will be given to Tamil Nadu, he said. The plant has been designed for 100 per cent ash utilisation and the power generated would benefit Tamil Nadu, Kerala, Karnataka, Andhra Pradesh, Telangana and Puducherry.