In  a major development, the Modi government has sanctioned Rs 2,000 crore for BharatNet phase II programme in Uttarakhand. 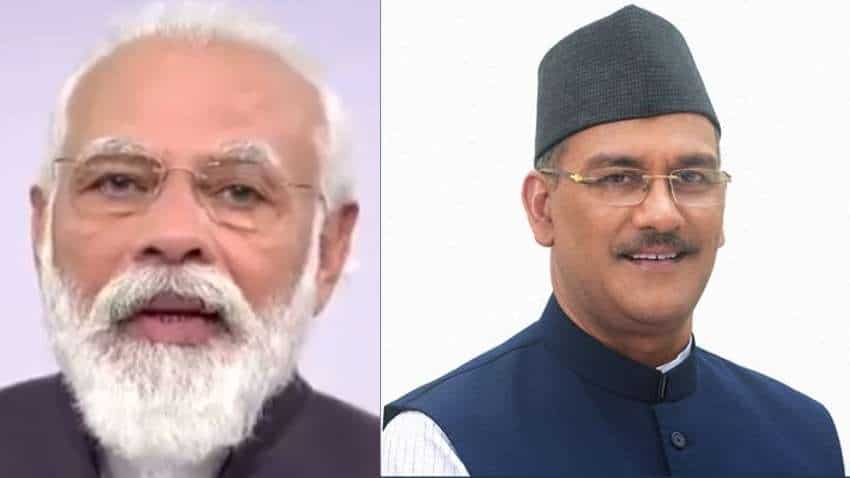 The state has also set up a state wide area network through which all districts, blocks and tehsils have been connected with the state headquarters.Photo from Twitter of the leaders.

With the internet reaching all gram panchayats through the initiative, a new era of development will begin in Uttarakhand, the chief minister said at a press conference here on Saturday.

Describing it as an initiative that will revolutionise telecommunication and internet connectivity in the state, Rawat thanked Prime Minister Narendra Modi and IT and Telecommunications Minister Ravi Shankar Prasad for it.

Financed by the Universal Services Obligation Fund - USOF - under the Telecommunications Ministry, the mega initiative is to be implemented in two phases across the country under the supervision of Bharat Broad Band Network Limited.

In Uttarakhand, the programme will be implemented by Information Technology Development Agency (ITDA).

With the implementation of BharatNet 2.0, people of the state will be able to easily avail facilities like e-governance, e-office, e-district, e-health, telemedicine, e-education, e-banking etc, he said, adding it will not only make them self dependent but also generate employment opportunities, as per a report in news agency PTI.

Significant steps have been taken in the last three years in the field of IT, including CM Dashboard that facilitates monitoring of development projects on a priority basis right from the block level to the CMO. Besides, there is a state data centre - the first of its kind in Uttarakhand where data related to different departments can be stored.

The state has also set up a state wide area network through which all districts, blocks and tehsils have been connected with the state headquarters.