After the creation of Ladakh as Union Territory, here comes another boost for the region 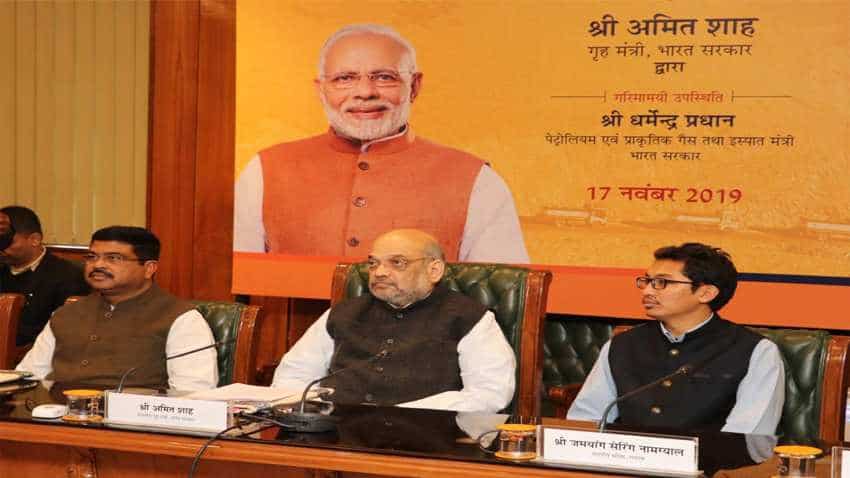 After the creation of Ladakh as Union Territory, here comes another boost for the region. This is being seen as the major boost for the union territory (UT) of Ladakh. Union Home Minister Amit Shah on Sunday launched winter-grade diesel for the entire Ladakh region.

Why this special fuel for Ladakh?

Amit Shah said that this special diesel for Ladakh has been developed to address the problem of loss of fuel during extreme winter conditions.

Speaking on the occasion, Union Petroleum Minister Dharmendra Pradhan praised Indian Oil's services for human needs. He said this winter grade petrol will fulfil the requirement of Ladakh region and will act as a major shot in the arm for the development of the region.

"Transportation services will also run smoothly and it will create jobs opportunities as well," Pradhan said.

Moreover, Pradhan said, "For this important milestone, Union Home Minister Amit Shah is here, and this shows affection of the Modi government for the people of Ladakh."

The Indian Oil Corp's (IOC) Panipat refinery has come up with a kind of diesel that can withstand the harsh winter conditions of the newly created UT where temperatures fall to sub zero of nearly -30 degree Celsius.

- It does not lose its fluidity function even in the extreme winter weather of the region, unlike the normal grade of diesel which becomes exceedingly difficult to utilize.

Amit Shah launched the supply of this special grade diesel in Ladakh via video conferencing from the national capital. Petroleum Minister Dharmendra Pradhan and BJP MP from Ladakh, Jamyang Tsering Namgyal, were present on the occasion.

The first tank truck containing winter grade HSD has been flagged off from IOC's Panipat marketing complex. Subsequent supplies of such diesel would be sent from the Jalandhar Terminal to the Leh and Kargil depots to meet demands of customers in the Leh-Ladakh region during peak winters.

A solar energy plant of 7,500 megawatt capacity is being set up in Ladakh

To boost tourism in Ladakh, 5 new circuits are being developed, and new routes are being opened