Big blow to Indian Railways Bullet train in Maharashtra; here is what happened

The project, being constructed by a special purpose vehicle called the National High Speed Rail Corporation (NHSRC), is targeted for commissioning by 2022-23. 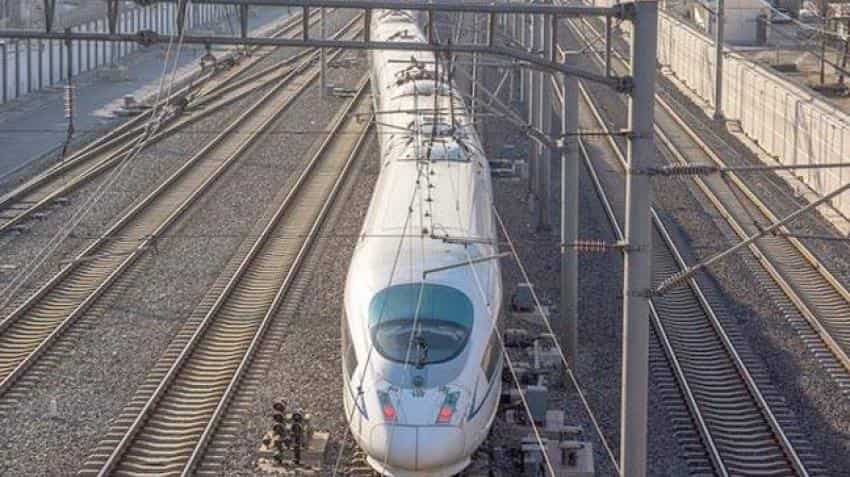 Maharashtra Navnirman Sena workers today forced the suspension of the work of measuring land that needs to be acquired for the Mumbai-Ahmedabad high speed rail corridor, popularly called the bullet train project. The land measurement process was being undertaken in the Shilphata area of Shil village in neighbouring Thane district by the state's Public Works Department.

Officials said that MNS workers disrupted the process several times and it had to be suspended in the afternoon, despite the presence of a posse of police, after the mob opposing it grew in numbers considerably.

"We will continue to oppose this measurement drive as we want jobs and not a bullet train. There will be flash protests as well to force the authorities to suspend the work," said Avinash Jadhav, MNS' Thane district chief.

The party, tweeting from its official Twitter handle @mnsadhikrut, alleged that the bullet train project was a ploy to "separate Mumbai from Maharashtra".

"It is clear that the bullet train project is an attempt to separate Mumbai from Maharashtra. Raj Thackeray had already announced of not allowing erection of single brick of the train project. The government should not thrust the project upon us" the MNS' tweet read.

The MNS further said on the micro-blogging site that in case the land measurement process for the rail corridor continued, the party would escalate opposition to it in its "own style".

MNS chief Raj Thackeray has been a vocal opponent of the multi-billion dollar project and has, during his public rallies, appealed to farmers along the route of the high speed corridor to not allow the Railways to acquire their lands.

The 508 kilometre Mumbai-Ahmedabad bullet train project, estimated to cost Rs 1,08,000 crore, is being built with the Japanese government providing a loan to cover 81 per cent of the cost.

The project, being constructed by a special purpose vehicle called the National High Speed Rail Corporation (NHSRC), is targeted for commissioning by 2022-23.